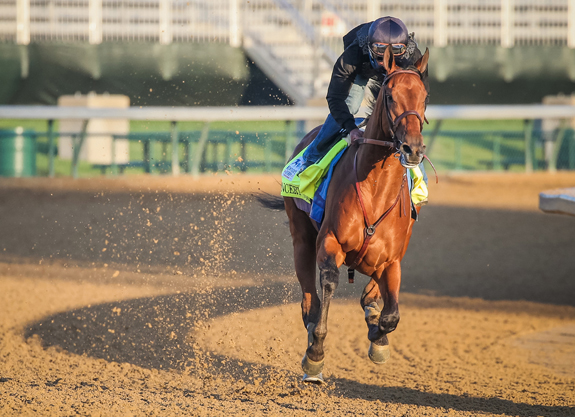 “We figure, this is the race,” Baffert said. “The Derby is run. A lot of horses, they went through a lot to get here. He's sort of a fresh horse. In the Rebel, he looked so good.”

Gary and Mary West homebred Concert Tour began his career three-for-three, taking Santa Anita's GII San Vicente S. Feb. 6 before stretching out effectively to romp in the GII Rebel S. at Oaklawn Mar. 13. One of the favorites for the Kentucky Derby after that, he disappointed at short odds when third in the GI Arkansas Derby Apr. 10 and was subsequently removed from Derby consideration.

Baffert said after taking Concert Tour off the Derby trail that the Preakness would likely be the target, and that decision was firmed up after the bay breezed five furlongs in 1:00.60 (5/16) under the Twin Spires Sunday morning.

He added, “Let's see how good he is. Maybe he's good or maybe not as good as we thought he was. We're going to find out next week.”