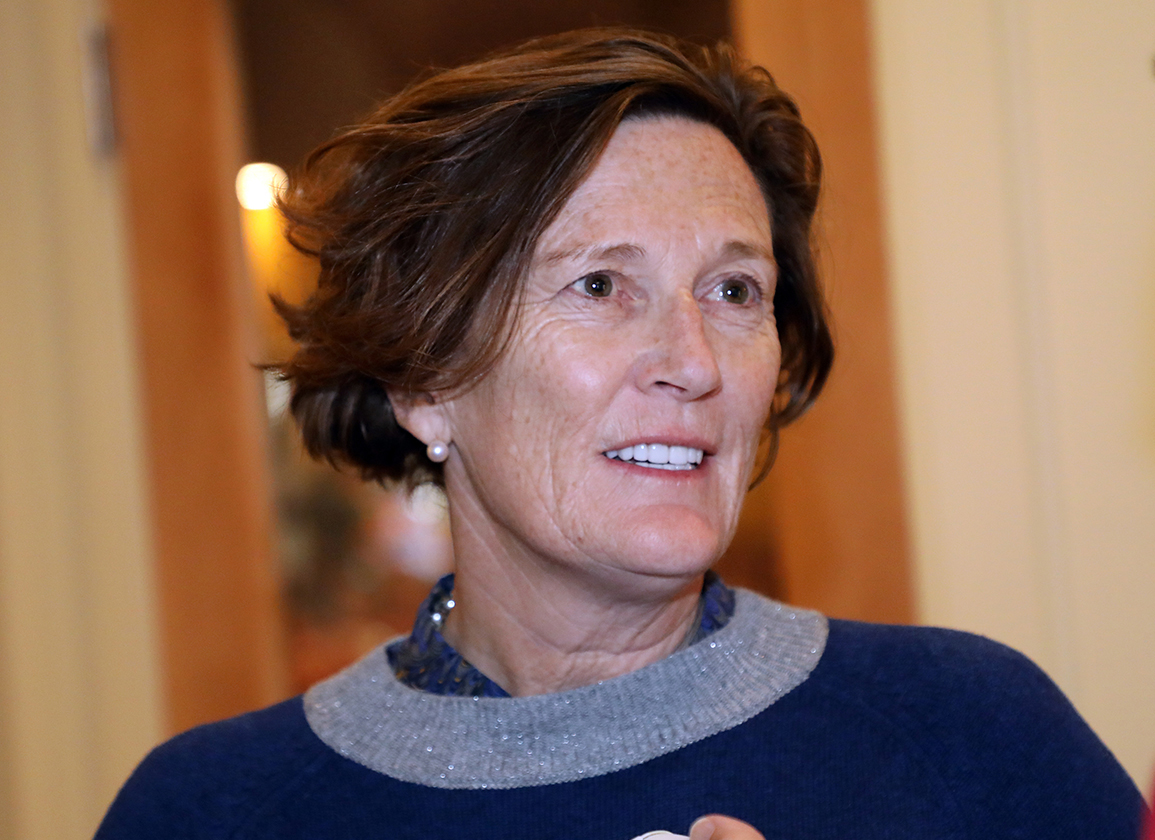 Demand remained high as the Book 4 section of the Keeneland September Yearling Sale concluded with a daughter of first-crop sire Collected leading home a top one-two-three finish for Ontario-breds when selling for a session-topping $320,000 to Speedway Stables. Bloodstock agent Marette Farrell made the winning bid on behalf of Peter Fluor and K.C. Weiner's operation and the yearling was bred and consigned by Dave Anderson's Anderson Farms.

“It's the greatest market I've ever seen in my lifetime,” Anderson said of the September sale. “I have never been so busy in Books 3 and 4 as I was in the last few days. And to see the people in the back ring, it's unreal. It's like Book 1 and 2. I've never seen anything like it. I think there is a lot of money out there and there are a lot of good opportunities. But people are breeding better horses. We've weeded out a lot of the riff-raff and people are realizing they have to have quality to play at the top and I think it's been pretty evident in the prices.”

Farrell agreed it's been pretty competitive through eight sessions of the 11-day auction.

“I haven't seen this kind of energy in a long, long time,” she said. “It's wonderful for the people in the business, but it's absolutely wild in the streets.”

Collected carried the colors of Peter Fluor and K.C. Weiner's Speedway Stables to victory in the 2017 GI TVG Pacific Classic and, with his first foals now yearlings, the partners were keen to support the stallion. Through bloodstock agent Marette Farrell, Speedway purchased a filly (hip 2622) by the Airdrie Stud stallion for a session-topping $320,000 Tuesday at Keeneland.

“We were thrilled to get her,” Farrell said. “I thought she was an absolute princess and an amazing mover. Peter Fluor and K.C. Weiner wanted me to go out and find what I thought–and I hope I'm right–was the best Collected. And this is the one that I picked.”

The Ontario-bred yearling, bred and consigned by Anderson Farms, is out of the unraced Bezzera (Medaglia d'Oro). The mare is a full-sister to Canadian Horse of the Year Wonder Gadot and a half-sister to Grade I winner Hard Not To Love (Hard Spun).

“We really do believe in Collected,” Farrell said. “We looked at every single one of them on the grounds. And I am excited about what he may do next year. He was a Grade I winner on the dirt, but he's from the Blushing Groom family that was all grass. Every one that I've seen is so powerful. They are all really beautiful movers. And I really think they are going to come out running as 2-year-olds next year.”

Farrell added that buying from regional programs with strong purse structures is an added bonus.

“When we bought the Collected filly, a New York-bred, we wanted to support some of the state-bred horses,” she said. “And the purses in Canada are amazing. It's nice to have the advantage of utilizing that.”

Dave Anderson purchased Loving Vindication (Vindication) for $180,000 at the 2011 Keeneland January sale and bred Wonder Gadot and Hard Not to Love out of her, in addition to the session-topping yearling's dam Bezzera.

“She comes from a wonderful family and I've been fortunate enough to breed some of them,” Anderson said. “I know what the good ones look like in that family. And she really emulated what those other ones looked like. I think Collected added a whole new dimension to the pedigree and brought a lot of great traits. She is just an unbelievable athlete.”

Also Tuesday, Anderson sold another daughter of Collected (hip 2501) for $150,000 to the bid of Matthew Dohman.

“They are athletes. Every single one of them,” Anderson said of Collected's offspring. “They are just such fluid, gifted movers. I am really excited about what he's going to do. They look like they might like some turf, they'll probably like the synthetic. And of course, he ran on the dirt. So, you can go anywhere with these.”

Tuesday's three top-selling yearlings were all Ontario-bred fillies. Following hip 2622 was a pair of fillies from the Sam-Son Farm dispersal. Hip 2517, a daughter of Bernardini out of Siren's Song (Unbridled's Song), sold for $300,000 to bloodstock agent Ben McElroy and hip 2434, a daughter of Pioneerof the Nile out of Mythical Mission (Giant's Causeway), sold for $295,000 to CJ Thoroughbreds.

“I adored that Bernardini filly from Sam-Son,” Farrell admitted. “I thought she was lovely and quality. She deserved it. I hope they will all compete against each other down the line and we'll all remember this day.”

As a longtime Canadian breeder, Anderson took special pride in the trio of Ontario-breds who led Tuesday's session.

“At the end of the day, we worked very hard to rebuild this program in Ontario,” he said. “This shows you can raise a good horse North of the Border and play in the international market. But it's also a great fallback option to have all the added money in Ontario with the bonuses on purses and the breeders rewards.”