Classic Compensation In The King George? 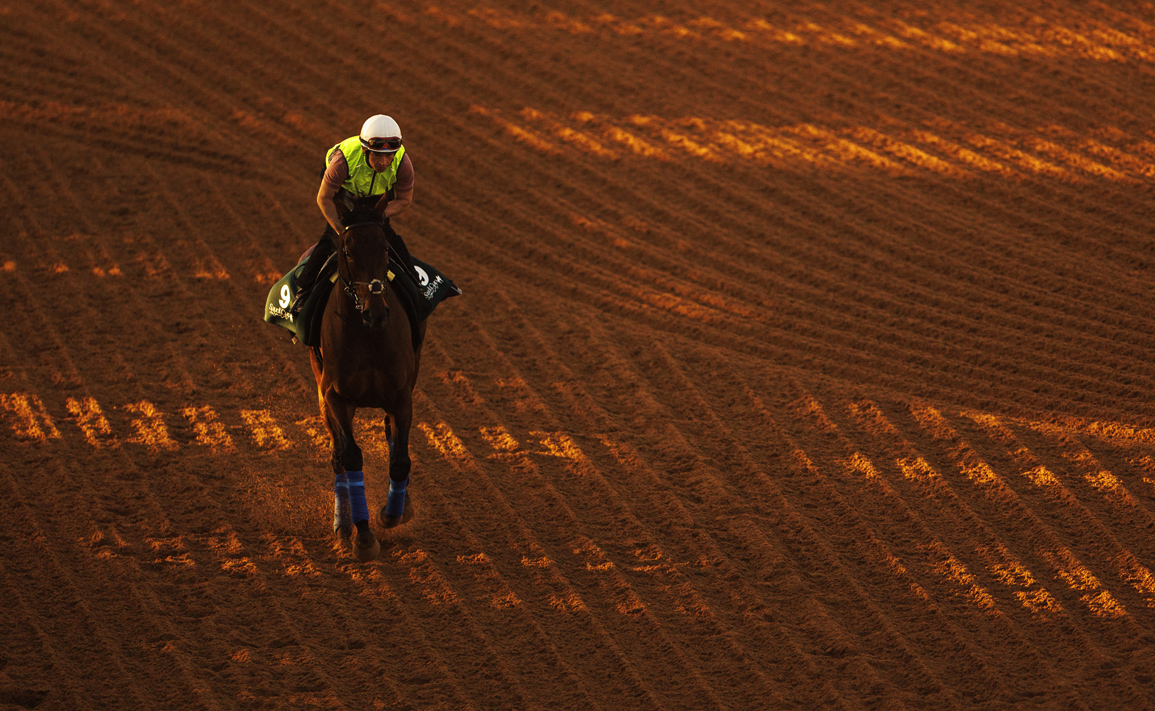 It seems strange to say that Saturday's G1 King George VI & Queen Elizabeth QIPCO S., a “Win And You're In” for the GI Longines Breeders' Cup Turf, has attracted the best available of the 3-year-olds of either sex without hosting a winner of either Epsom Classic. In Westover (GB) (Frankel {GB}) and Emily Upjohn (GB) (Sea The Stars {Ire}), Ascot's jewel has the two that really count. Both suffered ill fortune of varying degrees in the Derby and Oaks, with the filly in particular a victim of savage circumstance having blown almost the key part of the race coming out of the stalls. Few would argue that the Gosdens' 'TDN Rising Star', who now carries the Lloyd Webber silks, would not have beaten Tuesday (Ire) (Galileo {Ire}) had she been on a level playing field in an unsuitably slowly-run June 3 Classic and it could be that Saturday's well-documented missed flight acts as a blessing in disguise. Gifted a stone by the weight-for-age and sex allowances, she even has three pounds on Westover and the stable has a 100% record with 3-year-old fillies in this.

Frankie's Fortunes On The Up?

When it comes to the biggest topic in racing over the last few weeks, it is undoubtedly the sabbatical of the Gosdens and Frankie Dettori brought about in part by a run of ill fortune to which Emily Upjohn herself contributed. Back on the filly he described in the spring as one who took his breath away, Dettori is one win away from exceeding Lester Piggott, with whom he shares the current record with seven wins. “Epsom was a nightmare, but that's racing,” he said on his Sporting Index blog. “Just when you think you've got everything covered, something like that happens. We get a massive pull in the weights, which is a big help. Barring any accidents, I'm hoping for a big performance. Fingers crossed, we got all the bad luck out of the way at Epsom.”

Time For Westover To Shine

While Emily Upjohn's bad luck at Epsom was in plain sight, Westover's traffic issues halfway up the home straight a day later may or may not have cost him the Blue Riband. Perhaps only a few would argue that he was unlucky not to get past Desert Crown (GB) (Nathaniel {Ire}), but the way he was motoring when in the clear suggests it is not as clear-cut as most would state. His subsequent Curragh romp three weeks later showed what the Juddmonte homebred was capable of when allowed to fully flow and his wide draw in six may be an advantage with Colin Keane able to send him forward to get the lead from Broome (Ire) (Australia {GB}). Juddmonte's general manager Barry Mahon is ready to relish the moment. “They're all elite animals and it's going to be a marvellous race,” he said. “You never really know taking on the older horses for the first time and then you've the filly thrown in getting the weight allowance. It's going to make for a great race, to be fair.”

Where Is His Limit?

At the start of the season, Westover had just a listed placing to his name with one win from three starts, so the homebred's upward momentum has been one of the stories of 2022. Last year, a Frankel colt who had come to the fore in the G3 Sandown Classic Trial had started the Derby at 16-1 and won this at only 9-4, showing how much progression is possible in the early summer weeks. Westover was 25-1 for this year's renewal despite winning that Derby prep and lines up on Saturday as the 6-4 favourite for the premier English 12-furlong prize, so the similarities are there for all to see. “At the start of the year none of us could have envisaged Westover getting quite this far, so this is a surprise to all of us, but he's kept on getting better physically and that's where all of the improvement has come from,” trainer Ralph Beckett said of the stable star, whose jockey Colin Keane rode a four-timer at Down Royal on Friday evening.

Sandown's Eclipse three weeks ago proved how hard it is to crack the 3-year-olds under the seemingly unchallengeable weight-for-age disadvantage and the fact that Prince Faisal's Mishriff (Ire) (Make Believe {GB}) was a possibly unlucky runner-up there speaks volumes as to his level. He failed to get past Adayar (Ire) in this 12 months ago and has even more of a burden to overcome with the filly this time, so another honourable placing is perhaps the best he can hope for again. Victory under terms that are gruesome for the older horses would put even his stellar past performances in the shade and John Gosden is not ruling it out. “We freshened him up after Saudi and he ran a superb race in the Eclipse and finished strongly,” he said. “We are aware that a mile and a quarter is probably his perfect distance, as he proved in the Juddmonte International, but we've been very happy with his preparation and he comes here a relatively fresh horse.”

Gestut Auenquelle's reigning Arc hero Torquator Tasso (Ger) (Adlerflug {Ger}) bids to follow where compatriot Danedream (Ger) (Lomitas {GB}) led 10 years ago and become the third German-trained winner since 2012. His swagger was back in Hamburg's G2 Grosser Hansa Preis July 2 and trainer Marcel Weiss thinks he has him worked out by now. “He has a very strong character but if you understand him and go with him, not against him, then he's a beautiful horse and has a lot of confidence in himself,” he explained. “There are big horses in the race and we have a lot of respect for the 3-year-olds and Mishriff, but if you want to win the Arc you have to beat these horses and he is good enough.”

While the attention was on Royal Ascot's opening day June 14, Thirsk played host to a 'TDN Rising Star' in Glenlaurel (Ire) (Lope De Vega {Ire}) and Sheikh Mohammed Obaid Al Maktoum's homebred bids to justify that tag in the six-furlong G3 Princess Margaret Keeneland S. on the King George card. While she is in a lot deeper here, the manner of the display of the Kevin Ryan-trained relative of Dubawi (Ire) when powering to a 3 3/4-length success at the Yorkshire track suggests she will hold her own. In a strong edition, Ralph Beckett saddles Marc Chan and Andrew Rosen's June 25 Listed Empress Fillies' S. winner and July 8 G2 Duchess Of Cambridge S. runner-up Lezoo (GB) (Zoustar {Aus}) and Juddmonte's Palm Lily (Ire) (Expert Eye {GB}), who scored with plenty of pattern-race promise on her debut at Kempton June 1. Juddmonte's racing manager Barry Mahon said of the latter, “She's a filly that Ralph has always liked, she won very nicely the first day and she's just been growing since, so he's been patient and given her time.” Charlie Appleby has won two of the last three renewals of the card's other black-type contest for juveniles, the Listed Flexjet Pat Eddery S., and looks set to add to that tally with the Yarmouth and Leicester novice winner Naval Power (GB) (Teofilo {Ire}), while in the G3 Longines Valiant S. for the fillies and mares Prince Faisal enjoys a King George warm-up with his Roger Varian-trained 10-length Windsor novice winner Kind Gesture (GB) (Decorated Knight {GB}).

Honour At Stake At York

Away from Ascot, the G2 Sky Bet York S. sees a fascinating clash between Mary Slack's June 16 G3 Hampton Court S. winner Claymore (Fr) (New Bay {GB}) and Mohamed Obaida's G1 Champion S. runner-up Dubai Honour (Ire) (Pride Of Dubai {Aus}). The latter has not been seen since finishing down the field in the Mar. 26 G1 Dubai Sheema Classic, with William Haggas waiting for the weather to break, but it is time to relaunch the 4-year-old who came to prominence last term when winning the G2 Prix Guillaume d'Ornano and G2 Prix Dollar on an easy surface. “He's very well and ready to race, he was a bit battered and bruised after Meydan but he's back in great shape,” his trainer said. He's better on soft and he needs it to rain, but we've been waiting for rain for some time and it hasn't come. We've got to get on with it as he needs to run, he's bored of galloping.”