Classic Causeway Could Be Missing Piece for Trainer and Sire 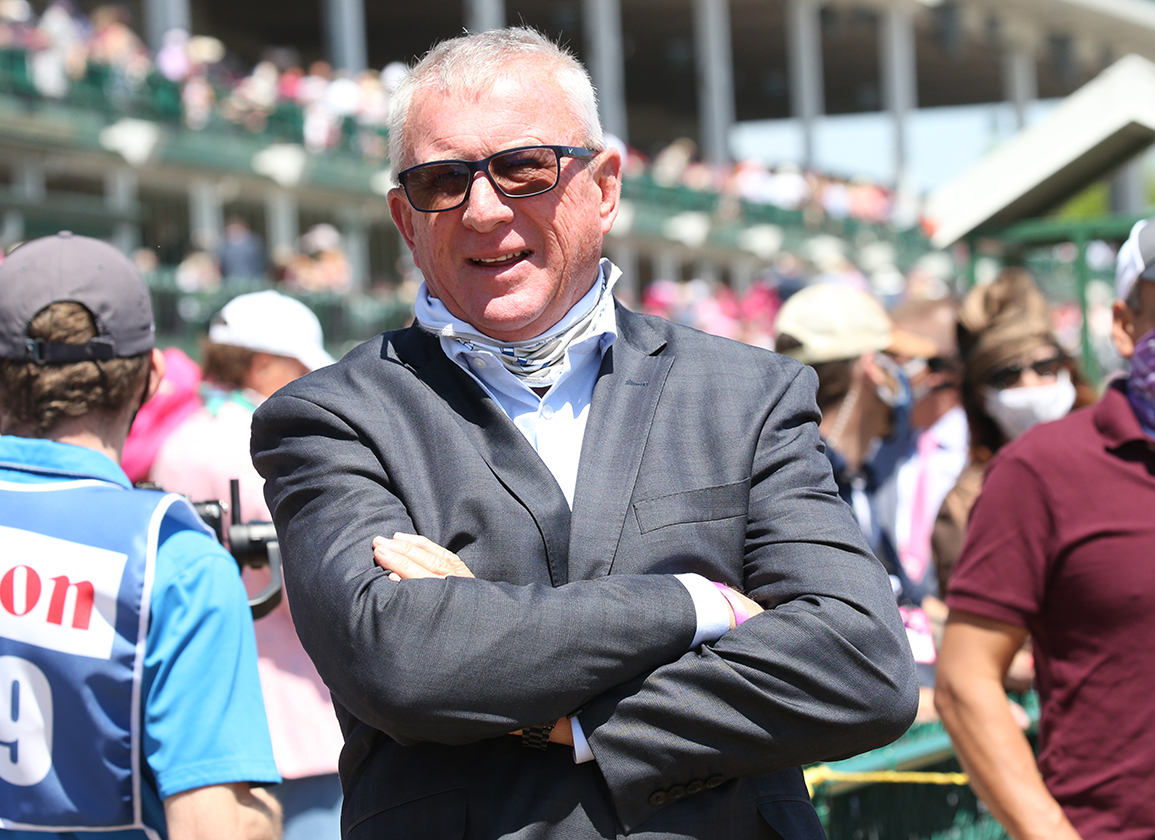 HALLANDALE BEACH, FL–Brian Lynch has already proven he is a talented trainer, conditioning the likes of Grade I winners Oscar Performance, Heart to Heart, Grand Arch and Coffee Clique. While he has won several graded events on dirt, all of his top-level scorers were on turf and the main thing missing from his resume is a Triple Crown contender.

“It's very exciting,” Lynch said. “I come from a small, country town in Australia, so to think I could ever have a horse who could be competitive in the Kentucky Derby is a dream. It's a great personal accomplishment for me.”

He continued, “I've been lucky to come up with some good turf horses. I've never really had the opportunity to have one this good on the dirt. He is going to show us on Saturday just how good he is.”

“He bounced out of those races like they were races that were getting him ready for this one,” Lynch said. “We hope he is ready to fire a big one. He seems like he's in good order. He is carrying great weight. His last race was enough to give me the confidence to say, 'Let's run him here and then give him five weeks to the Derby.'”

Several past winner of the Tampa Bay Derby have trained right up to the First Saturday in May.

When asked if that option was ever under consideration, Lynch said, “I think he is the sort of horse that would benefit from another race in him. The [Kentucky] Derby is such a grueling race. You have to be able to handle traffic. You have to be able to handle bumps and grinds. The more racing experience we can get into him, the more it will help on a big day like that.”

The competition Classic Causeway will face at Gulfstream Saturday is tougher than what he has faced in his last two efforts.

“He has to be tested at some stage,” Lynch said. “We are going to find out what we've got. I think this is a good place to give him a test. I am hoping the weather stays good.”

Thunderstorms are expected to hit Hallandale Beach Friday evening and Saturday afternoon, so there is a chance Classic Causeway could be running on a wet track for the first time Saturday. While Lynch hopes for nice weather, he said he is not concerned about track condition.

“He's just a runner,” the Australia native said. “He is going to run whether it's wet, turf, dirt or down a gravel road.”

Classic Causeway is one of just three foals from the final crop of the late, great Giant's Causeway, whose legacy as a racehorse and sire speaks for itself. However, the one thing missing from that Coolmore's stallion impressive resume is a Triple Crown race winner.

“He is the son of a great horse,” Lynch said. “Giant's Causeway was the Iron Horse. We hope a little of that is in Classic Causeway.”

Lynch also has two other stakes runners Saturday with Phantom Currency (Goldencents) in the GIII Appleton S. and Red Danger (Orb) in the Cutler Bay S.

“He is a lovely old horse,” Lynch said. “Coming off of a year layoff is never easy. The mile is probably a bit short for him, but he is training lights out and goes into the race in good order. This race will set him up for the [GII] Elkhorn going 1 1/2 miles at Keeneland later in the month.”

Winner of the Pulpit S. last term, Red Danger was fifth after a wide trip in this venue's GIII Kitten's Joy S. Feb. 5 and rallied to be fourth after another wide journey in the local Palm Beach S. last out Mar. 5.

“He has had two troubled trips his last two starts down there,” Lynch said. “He never had a chance to get into the race. He is drawn out wide again, but I feel like he is doing well enough that if he just needs a little bit of racing luck. He is going into the race in as good of shape as we could have him.”

Rain or shine, the Lynch barn is primed to have a big day at Gulfstream Saturday.