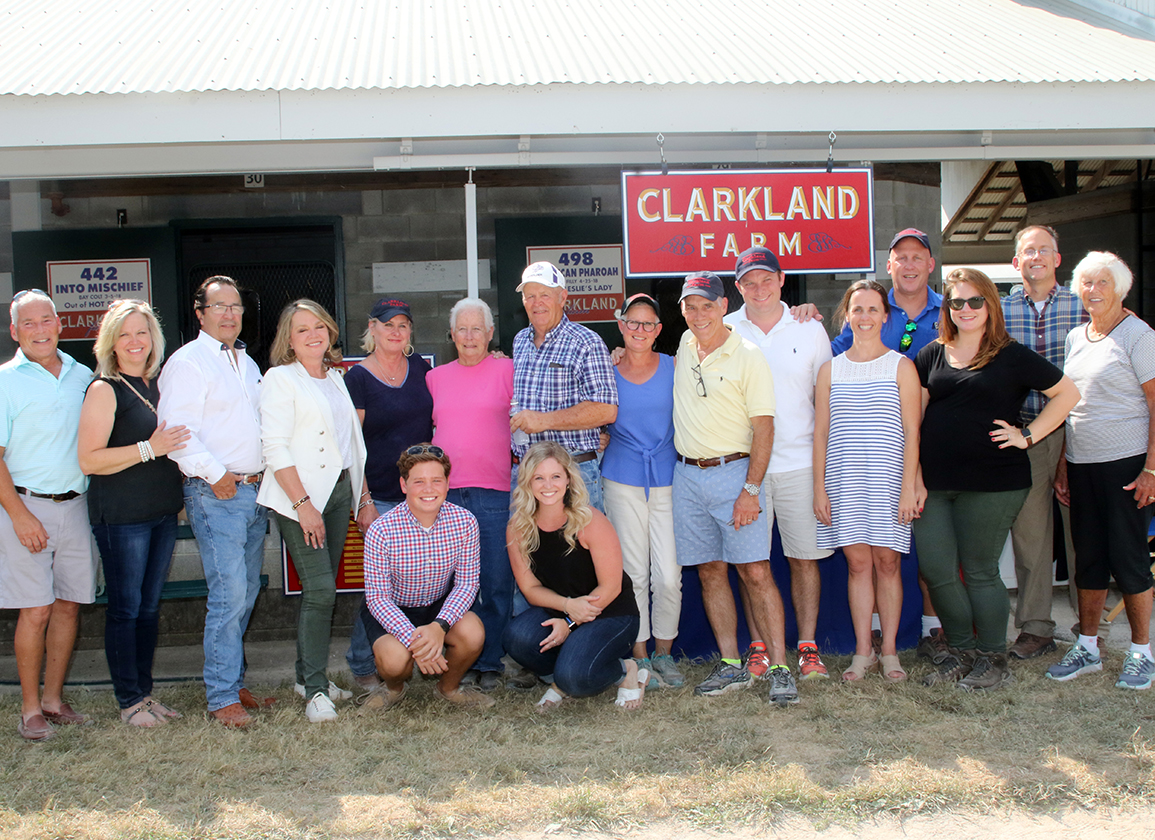 Nancy Mitchell of Clarkland Farm died peacefully Nov. 3 at the Kentucky homestead that has been in her family since 1774. She was 83.

Blood-Horse first reported Mitchell's passing. In lieu of flowers, the family has requested donations in Mitchell's honor to the Alzheimer's Association or Central Kentucky Riding for Hope.

Running Clarkland for nearly a half-century alongside her husband, Fred, and daughter, Marty Buckner, Nancy and the team have been major consignors at Kentucky sales for decades.

Clarkland has bred, raised and sold many top-class runners, including the two-time champion sprinter Housebuster, the champion older mare North Sider, and the English champion 2-year old Wind and Wuthering.

But it was the 2006 buy of a mare called Leslie's Lady for $100,000 who was carrying a foal by Orientate at the Keeneland November sale that turned out to be Clarkland's most memorable bloodstock move during the Mitchells' tenure.

“She is the best mare we will probably ever have,” Fred Mitchell told TDN in 2018. “Nancy picked her out.”

Although Leslie's Lady's top accomplishment on the racetrack was winning a stakes at Hoosier Park and none of her four foals were standouts at the time, the colt she produced in 2005, the year before Clarkland purchased her, turned into the Grade I winner and now-prolific stallion Into Mischief.

Leslie's Lady's last foal to be offered at auction, America's Joy, set a new price record for a filly when she hammered for $8.2 million at the 2019 KEESEP sale. Unraced, the 3-year-old was euthanized in August 2021 after suffering a career-ending injury in a workout.

Now 25, Leslie's Lady was retired from breeding this past spring. Her penultimate foal, Marr Time (Not This Time), was retained to race by Clarkland, and upon winning her debut at Keeneland Oct. 28, she was named a 'TDN Rising Star'.

“He was an old guy that never changed his clocks,” Fred Mitchell told TDN back in June. “He stayed on Central Standard Time year-round. He would say, 'When the sun changes and my horses and I know that the time changed, I'll change. But not 'til then.'”

Nancy Mitchell grew up at Clarkland. The 400-acre farm northeast of Lexington had been granted to her ancestor, Lt. James Clark, for his service in the mid-18th Century French and Indian War. The present ownership of Clarkland is descended from James Clark to Nancy Mitchell and two sisters.

In addition to success as breeders and sales consignors, Clarkland has prided itself in being good stewards of the land, being among the Kentucky Thoroughbred farms that have joined in the Development Rights Program that preserves Bluegrass farmland.