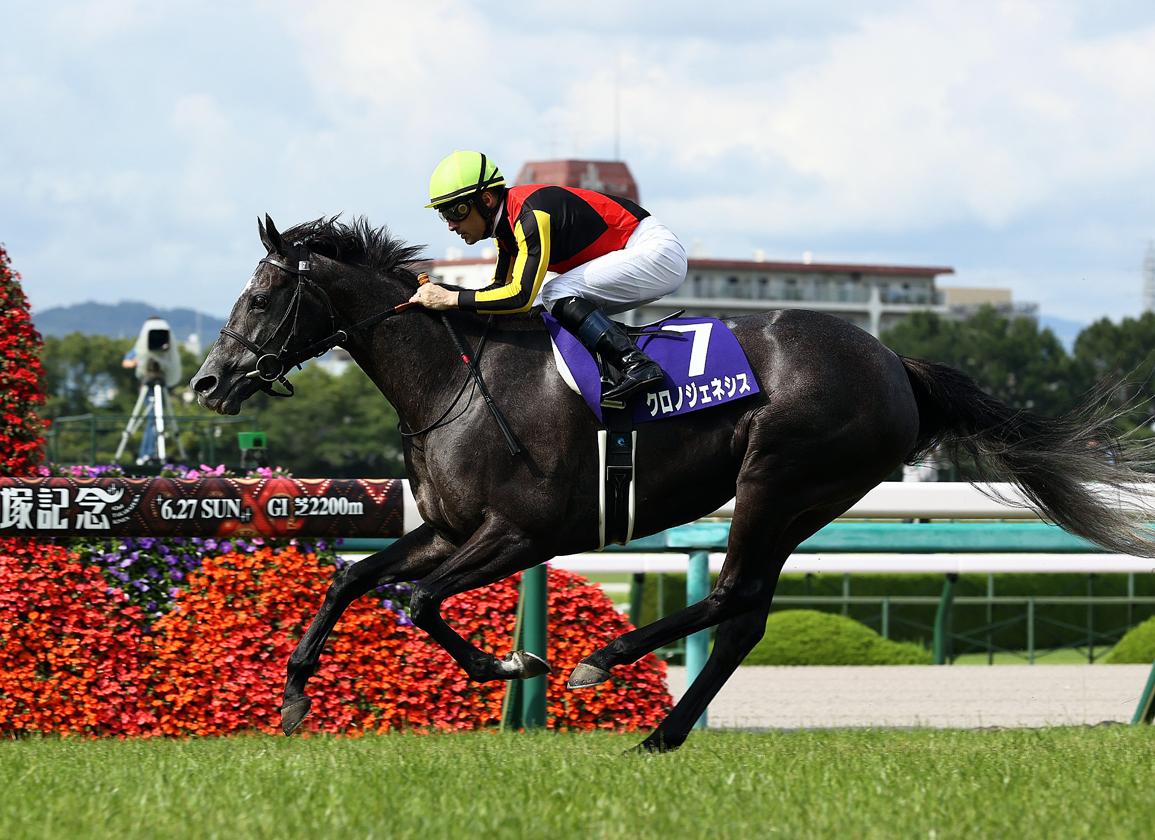 Third in both the G1 Oka Sho (Japanese 1000 Guineas) and G1 Yushun Himba (Japanese Oaks) at three before taking the G1 Shuka Sho, the third leg of the Japanese Fillies' Triple Crown, Chrono Genesis bested the Classic-winning colt Kiseki (Jpn) (Rulership {Jpn}) in the G1 Takarazuka Kinen last summer before checking in third behind Almond Eye (Jpn) (Lord Kanaloa {Jpn}) in the G1 Tenno Sho Autumn. She wrapped up her 4-year-old campaign with a victory in the G1 Arima Kinen over a shade further than the Arc trip, and was second to Mishriff (Ire) (Make Believe {GB}) in the G1 Dubai Sheema Classic before bouncing back to win this year's renewal of the Takarazuka Kinen on June 27. Her current rating of 120 makes her the world's highest-rated mare between 10.5 and 13.5 furlongs.