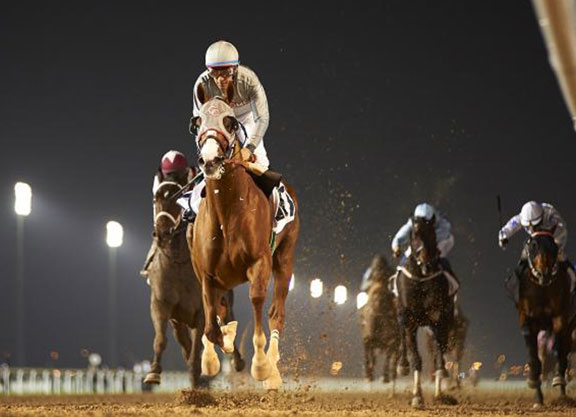 American representatives California Chrome (Lucky Pulpit) and Keen Ice (Curlin) both put in their final works ahead of the Mar. 26 G1 Dubai World Cup Saturday, each working five furlongs over the Meydan dirt. California Chrome completed his work in :59 2/5, while the year-younger Keen Ice went in :59 1/5.

Dale Romans, trainer of Donegal Racing's Keen Ice, also said he was happy with his charge, saying, “he went super. It seems like the extra time over there has done him well.”