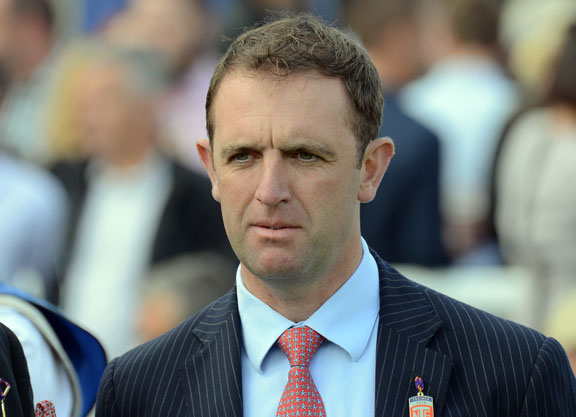 The return of last year's G1 Middle Park S. victor Charming Thought (GB) (Oasis Dream {GB}), not seen since that contest last October, has been further delayed by trainer Charlie Appleby. The Godolphin colorbearer suffered an injury that ruled him out of the first part of his sophomore season and had been pointing to next Saturday's G2 Park S. at Doncaster as a return, but Appleby explained, “He has not come round in time for the Park S., so he won't be going to Doncaster. We have Safety Check in there and he is heading towards that. We are still tapping away with [Charming Thought], but he is taking longer than we expected to get him back to where we want him. We have not singled out a race for him yet.”

Appleby revealed, however, that Charming Thought would stay in training next year. “The main thing is that he is staying in training next season, which is good as we need to build up the 4-year-old team,” he said. “On physical evidence it is looking like sprinting is going to be his game, but we won't know that until he gets to the racecourse.”