Charge It And Nest Breeze For Upcoming Engagements 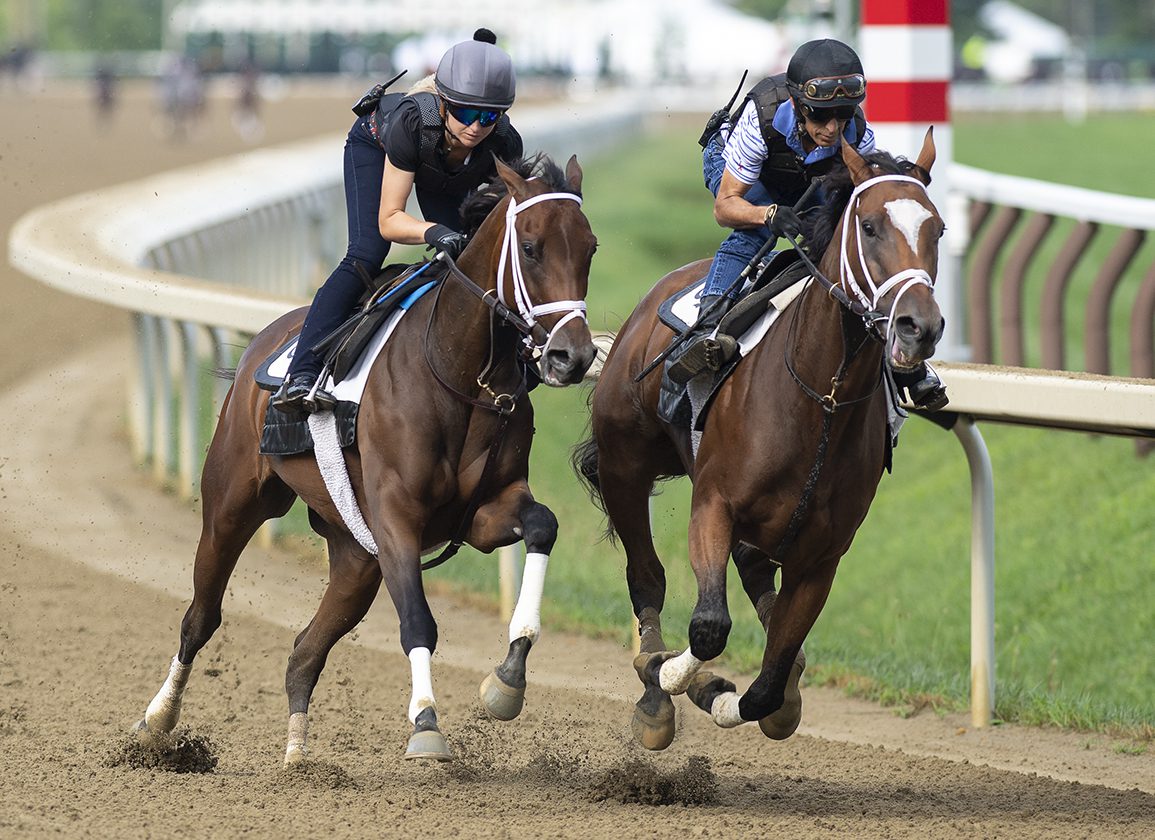 Nest (outside) works in company with Malathaat | Sarah Andrew

Whisper Hill Farm homebred Charge It (Tapit) took another step forward for the GI Runhappy Travers S. with a half-mile breeze Friday at Saratoga. He was clocked in :48.77 for his second drill since a 23-length win in the GIII Dwyer S. July 2 at Belmont for trainer Todd Pletcher.

“He went really well, five-eighths by himself in 1:01 and change. He had a super strong gallop out, pulled up the mile in 1:42,” Pletcher said. “Essentially, we're trying to follow the same program we did leading up to the Dwyer and he seems to be doing everything the right way.”

Later, Pletcher sent Nest (Curlin) to work in company with champion Malathaat (Curlin) for a half-mile breeze. Working on the outside, Nest went in :49.78 seconds in her first breeze since taking the GI Coaching Club American Oaks July 23. She is on target for the GI Alabama S. Aug. 20 at Saratoga, but Pletcher said the filly is still possible for the Travers.

“She worked well this morning and we're targeting the Alabama at the moment,” Pletcher said. “We haven't ruled anything out ye,t but right now we're leaning towards the Alabama.”