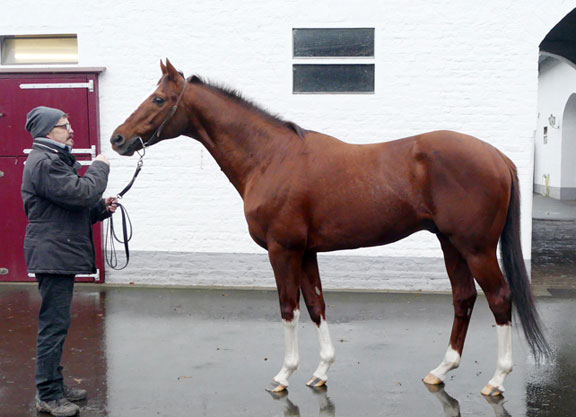 A champion in Germany at three from 11-14 furlongs, Adlerflug saluted in the 2007 G1 Deutsches Derby, as well as the G1 Deutschland-Preis. Placed in an additional three Group 1 races in his native land and France for trainer Jens Hirschberger, he was retired to stud with a record of 11-4-2-2 and $908,322 in earnings.

From small crops, Adlerflug is the sire of 16 black-type winners, 12 of them at group level. His five Group 1 winners are Iquitos (Ger), Ito (Ger), Lacazar (Ger), In Swoop (Ire) and Torquator Tasso (Ger). The latter pair were first and second in the 2020 G1 German Derby, with In Swoop also running second in the G1 Prix de l'Arc de Triomphe and G1 Grand Prix de Paris. Lacazar scored in the G1 Preis der Diana (German Oaks) in 2017. Another colt, French Group 2 winner Savoir Vivre (Ire), was runner-up in the Deutsches Derby in 2016. It is fairly early days yet for Adlerflug as a broodmare sire, but he does have one black-type winner in that sphere, German listed winner Apadanah (Ger) (Holy Roman Emperor {Ire}).

Adlerflug's second dam, the dual group-placed Alya (Ger) (Lombard {Ger}), is a full-sister to the dam of the Arc winner and breed-shaping matriarch Urban Sea (Miswaki).