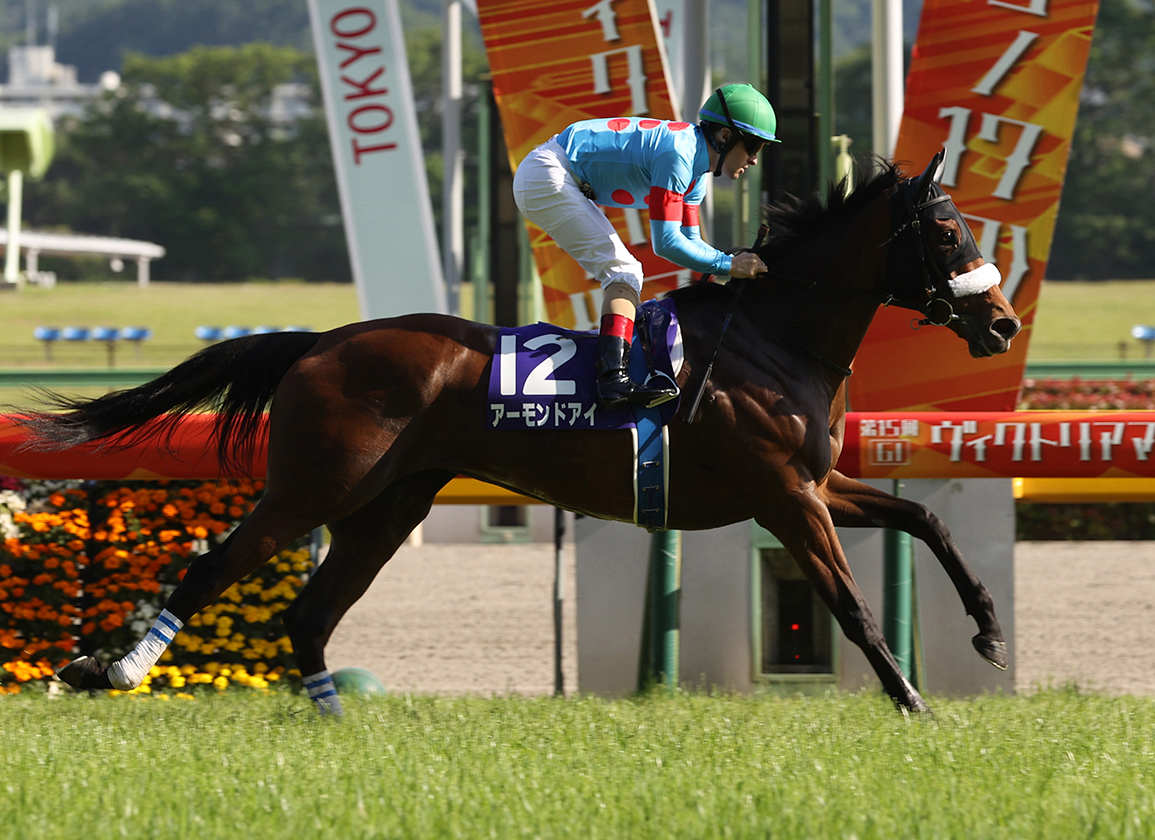 Bred by Northern Farm and raced by Silk Racing, the 7-year-old claimed nine Group 1 victories throughout her career. Ridden all bar one race by Christophe Lemaire and trained by Sakae Kunieda, the bay won the 2018 Japanese Fillies' Triple Crown and G1 Japan Cup. Named the Champion 3-Year-Old Filly and Japanese Horse of the Year that year, she returned at four to win the G1 Dubai Turf at Meydan. Third in the G1 Yasuda Kinen later in 2019, she signed off with a G1 Tenno Sho Autumn title and was the champion older horse in the UAE from 7-9 ½ furlongs.

Kept in training at five, Almond Eye added the G1 Victoria Mile to her haul in May of 2020, and was second to Gran Alegria (Jpn) (Deep Impact {Jpn}) in the G1 Yasuda Kinen a month later. Taking her second Tenno Sho Autumn in November of that year, she retired with a 1 1/4-length victory over Japanese Triple Crown Winner Contrail (Jpn) (Deep Impact {Jpn}) and Japanese Fillies' Triple Crown Winner Daring Tact (Jpn) (Epiphaneia {Jpn}) in the Japan Cup, her second.

Out of the Queen Elizabeth II Commemorative Cup winner Fusaichi Pandora (Jpn) (Sunday Silence), who later placed in that race when it was promoted to Group 1 status, Almond Eye is a half-sister to the Japanese listed-placed Unakite (Jpn) (Johannesburg). This is the extended family of blue hen mare Sex Appeal (Buckpasser) and her sons and successful sires El Gran Senor (Northern Dancer) and Try My Best (Northern Dancer).