Carpe Diem and Exaggerator to Relocate 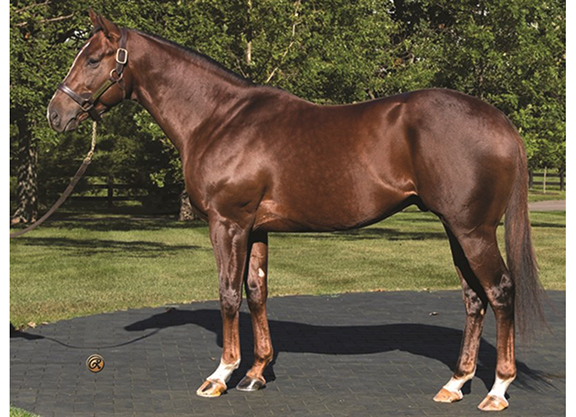 WinStar stallions Carpe Diem (Giant's Causeway–Rebridled Dreams, by Unbridled's Song) and Exaggerator (Curlin–Dawn Raid, by Vindication) have been sold and will take up stud duty in new locations for 2022, the farm announced Thursday.

Carpe Diem will be syndicated by a group led by Dawn and Jeff Picard's Picard Racing and David Tillson and he will stand the upcoming breeding season at Acadiana Equine at Copper Crowne in Louisiana. Campaigned by WinStar and Stonestreet Stables, the $1.6 million OBSMAR buy woon the GI Claiborne Breeders' Futurity in 2014 and the GI Toyota Blue Grass S. in 2015. Carpe Diem is the sire of 11 black-type horses in 2021.

“We have a strong relationship with David Tillson and Acadiana Equine,” said Liam O'Rourke, Director of Bloodstock Services for WinStar Farm. “We look forward to continued success with Carpe Diem.”

David Tillson added, “Our goal is to provide Louisiana breeders the best opportunity for future success, and we're excited to stand Carpe Diem, a multiple Grade I winner and proven stallion.”

Exaggerator is returning home after being re-purchased by Texas-based Rocker O Ranch, co-owner of the horse during his racing career. Stud plans are currently being determined. The dark bay won the GI Preakness S., GI Santa Anita Derby and GI Haskell Invitational S. in 2016.

“Exaggerator gave us the greatest thrills of our lifetime,” said Rocker O Ranch's Cole Ortowski. “We are excited to be bringing him back into the family.”

Exaggerator is the leading second-crop sire by winners with 77 and is represented this year by 2-year-old stakes-winning fillies Sea Level and Pacific Coast, as well as stakes winner Gagetown.