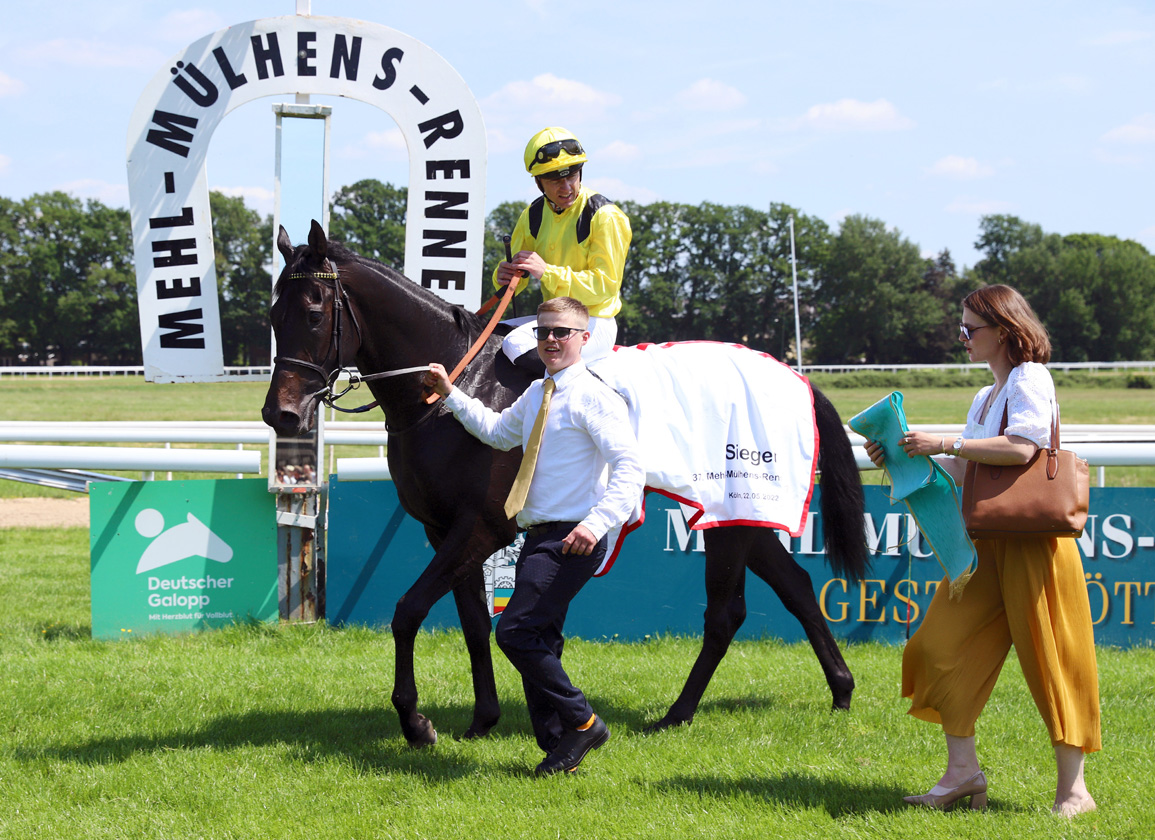 William Haggas' Newmarket stable is firing on all cylinders at present and continued its dominance when Sheikh Ahmed Al Maktoum's unbeaten Maljoom (Ire) (Caravaggio) overcame a slow start to maintain his perfect record in Sunday's G2 37th Mehl-Mulhens-Rennen – German 2000 Guineas at Cologne. The April-foaled bay went postward for this first black-type outing coming back off an Apr. 18 all-weather conditions win at Kempton, having made a successful debut over seven furlongs on the Doncaster turf in March. Repeating his slow start at Kempton, the 3-1 second favourite forfeited lengths to his rivals with a dawdling getaway, but recovered to race in rear before tanking into a midfield sixth at halfway. Bustled long approaching the quarter-mile marker, he went second in pursuit of the enterprisingly ridden Rocchigiani (GB) (Time Test {GB})–winner of last year's G3 Zukunftsrennen–with 350 metres remaining and powered by that rival inside the final furlong en route to an ultimately impressive 1 1/4-length success, the duo five lengths clear of Georgios (Ger) (Poet's Voice {GB}) in third.

“He's been a complete star, we're delighted to be here and delighted to have won,” said stable representative Isabella Paul. “We like sending horses abroad when we think they've got a chance and it's always great when they win. We'll take him home, see how he is and take it from there. He holds an entry in the [G1] St James's Palace S. [at Royal Ascot].”