Can't Separate Them in Qatar Derby 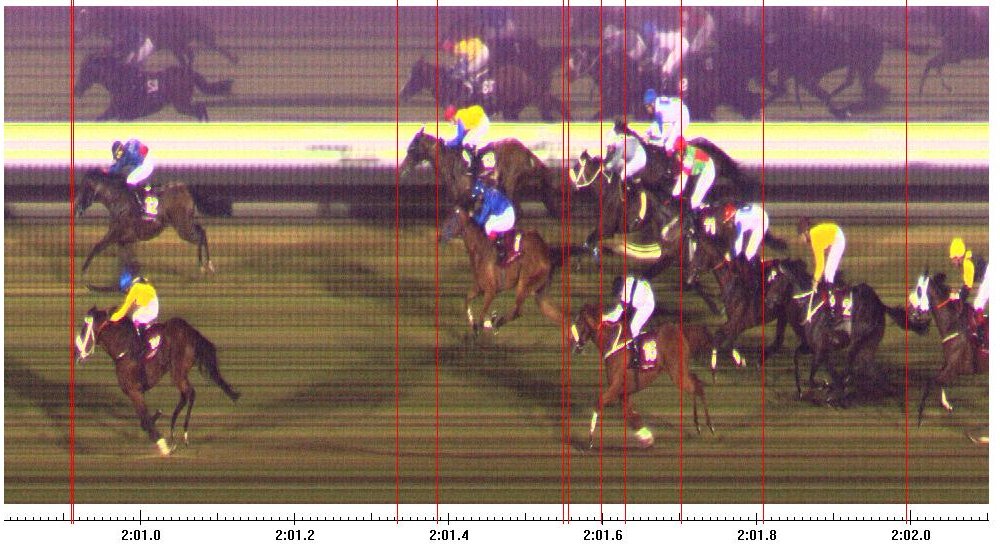 After further review, we have a dead-heat.

Saving all the ground while keeping them within his scope, Rogue Runner was produced as they straightened for home, took over from the pacesetting Shutterbug (Fr) (Soldier of Fortune {Ire}–Nazlia {Fr}, by Polish Precedent) shortly thereafter, and was reaching for the wire. The aforementioned Mike de Kock charge, owned by Sheikh Mohammed Bin Khalifa Al Maktoum, launched from very far back on the extreme outside to finish up like a freight train just to get a piece of it. Shutterbug stayed on for third, two lengths adrift the top pair.

Rogue Runner was declared the winner after the initial examination of the photograph, but the ruling was later overturned.

“We had a lot of luck,” the Germany-based trainer Mario Hofer offered while being congratulated by de Kock, who immediately bee-lined after thinking that he had come up a nose short. “This was a very good performance today.”

Hofer signed the slip on Rogue Runner for €80,000 at the Arqana Saint-Cloud Arc de Triomphe Sale earlier this fall. He finished last of 15 over the all-weather in the Listed Prix Lyphard S. at Deauville Dec. 1, his first try for the Hofer yard. He failed to hit the board in six subsequent attempts–including a close fourth in the G2 International Bosphorus Cup at Veliefendi Sept. 6–after kicking off his career with two straight wins at Hoppegarten Racecourse. Rogue Runner was previously a €55,000 BBAAUG yearling graduate.

“This is my first time here,” Hofer continued. “I think the future will be better and better here. It's great to have been here. And even more great to have the winner.”

Tannaaf, a 280,000gns TATOCT yearling purchase by Form Bloodstock, was last seen placing a close third in the Listed Fairway S. at Newmarket May 30. A debut winner there last summer, Tannaaf was fourth in both the Tattersalls Millions Trophy at Newmarket Apr. 16 and the G3 Chester Vase S. May 7, respectively.