Home » Archive » Shared News Europe » Can Skalleti Do It All Over Again?

Can Skalleti Do It All Over Again? 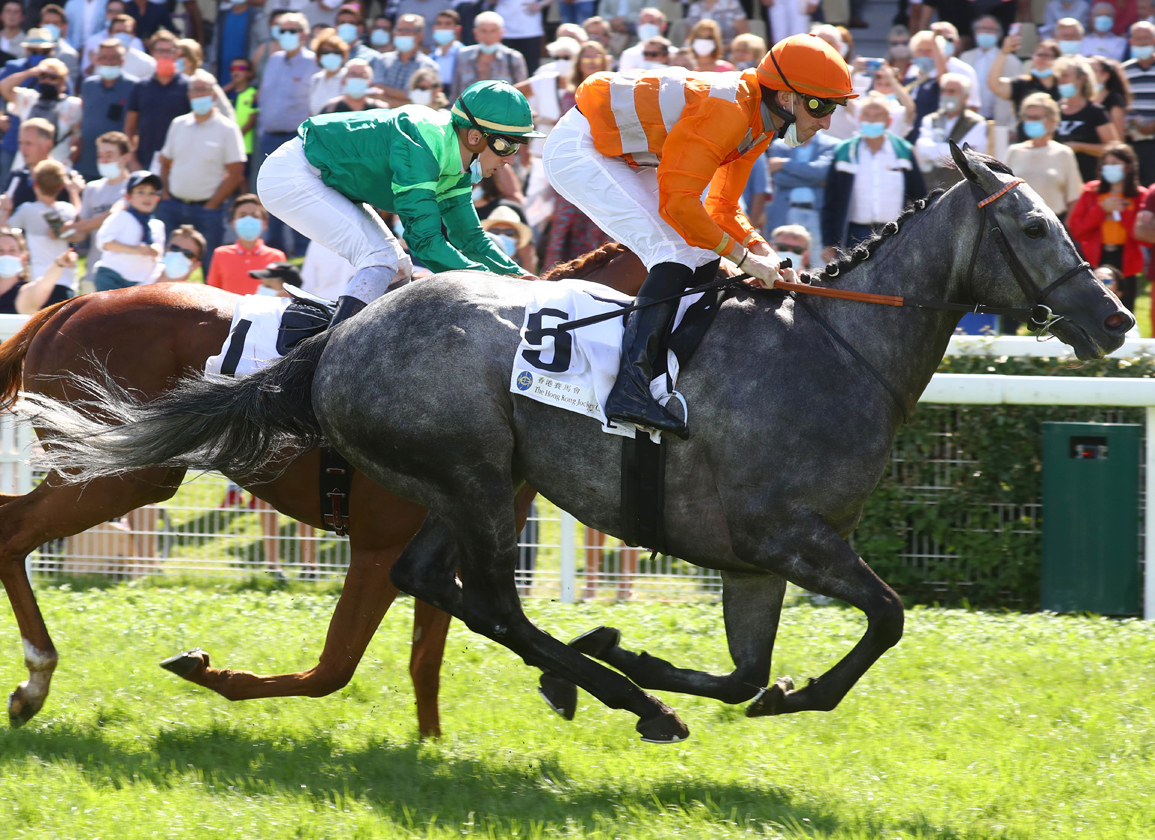 Now that Cheltenham's beloved festival has ended, the Flat picks up the thread seamlessly with an old favourite in the mold of some of the best-known jumps campaigners which have enriched this week's action in the Cotswolds.

Step forward Skalleti (Fr) (Kendargent {Fr}), Jean-Claude Seroul's veteran consumer of group contests who looks for back-to-back successes and an 11th Pattern race in Saturday's G3 Prix Exbury at Saint-Cloud. A repeat of his exploits when garnering ParisLongchamp's G1 Prix d'Ispahan and Munich's G1 Grosser Dallmayr-Preis last term should be enough if he is anywhere near a peak.

On the same Saint-Cloud card, the 3-year-old generation get their first shot at staking a claim for the upcoming Classics with the 10 1/2-furlong Listed Prix Francois Mathet playing host to Coolmore's Jasperoid (GB) (Galileo {Ire}).

A G1 Prix du Jockey Club entry, the first foal out of the G2 Duchess of Cambridge S. winner Illuminate (Ire) (Zoffany {Ire}) opened his account over a mile here in November and represents the Fabre stable. Also emanating from that temple of dreams is Sean Mulryan's Best Years Yet (GB) (Mastercraftsman {Ire}), who was arguably more impressive than his stablemate when scoring over a mile and a quarter on the same card. A half-brother to the classy stayer Marmelo (GB) (Duke of Marmalade {Ire}), he is gelded so there will be no Classic agenda for him in 2022.

G1 Poule d'Essai des Pouliches aspirants take part in the Listed Prix La Camargo, staged over a mile just over an hour in advance of the Listed Prix Omnium II for those who have the G1 Poulains in their sights. Craig Bernick's Lyon Parilly winner Know Thyself (Ire) is another Galileo with the Classics on her agenda in the Camargo, which boasts the high-class La Cressonniere (Fr) (Le Havre {Ire}) in its recent honour roll. Know Thyself, a Coolmore-bred daughter of the top-level New Zealand performer Fix (NZ) (Iffraaj {GB}), hails from the Francis-Henri Graffard stable responsible for the last two winners of this in Emoji (Ger) (Soldier Hollow {GB}) and  Sweet Lady (Fr) (Lope de Vega {Ire}).