Cal Trainers Warned Off CBD Use in Horses 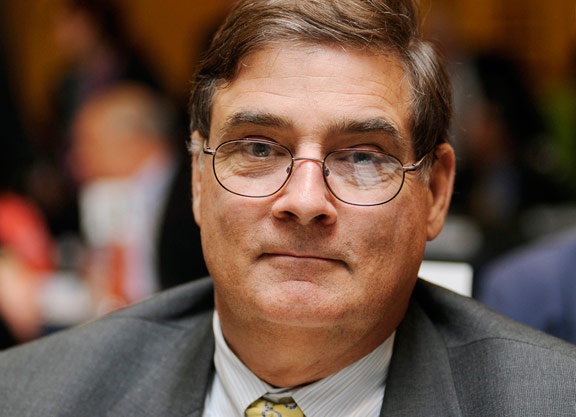 The Cannabidiol (CBD) market is growing faster than a garden weed, and as the vast roots of this multi-billion dollar industry reach further into everyday life, it's hardly surprising that the racing industry has had to take accommodating actions.

This can be evinced in a California Horse Racing Board (CHRB) notification sent to trainers Friday, warning that use of these CBD products can lead to a positive “for CBD and/or CBD metabolites in blood and urine,” and that, because CBD is currently unclassified in California, a positive would by default result in a class 1, category A drug violation.

The Association of Racing Commissioners International (ARCI) currently classifies CBD as a lower class 3 category B penalty. The CHRB will likely begin the process of updating the state's rules to align with the ARCI's CBD classification early next year, but because of California's “very cumbersome administrative law process,” the formal adoption of those rules could take another year, Arthur warned.

Until then, a CBD positive will remain a class 1, class A penalty. Still, the stewards have the authority to “modify the penalty out of any sense of fairness,” Arthur said, pointing to language pertaining to “mitigating circumstances” in the rules.

“I suspect that the ARCI has a penalty category B is a [possible] mitigating circumstance,” he added. “But that's not up to me, that's up to the stewards.”

Arthur declined to comment if Friday's notification was sent as a result of any recent CBD positive finding awaiting adjudication, but he added that up to this point in California, there has been no formal complaint filed for a positive finding of either CBD or Tetrahydrocannabinol (THC), the compound in cannabis that creates a psychoactive “high.”

“This has always surprised me because marijuana is commonly used on the backside,” Arthur said.

While derived from both marijuana and industrial hemp plants, CBD is not responsible for any psychoactive effect. Nevertheless, while CBD products are required to contain less than 0.3% THC, lack of regulatory oversight means that some CBD products contain much more THC than that. The ARCI designates a CBD product with more than 0.3% THC as a class 1, category A substance.

The purported benefits from CBD use in horses include treatment of inflammation, ulcers, laminitis, colic, and decreased anxiety. However, “None of these claims are substantiated with independent, peer reviewed research in the horse,” according to a Racing Medication & Testing Consortium (RMTC) cannabidiol bulletin from last year.

Among some of the findings in published literature, CBD has been shown to help ameliorate the pain of osteoarthritis in dogs and ease anxiety in humans. One recent study out of Colorado found a potential correlation between CBD use in dogs and reduced seizure frequency.

“CBD, both natural and synthetic forms, are likely to affect the performance of a horse due to its reported anxiolytic effects,” the federation wrote last year. Anxiolytic effects are those related to anxiety and stress reduction. “This substance is no different than legitimate therapeutics that effect mentation and behavior in horses.”

According to Mary Scollay, RMTC executive director and chief operating officer, there are any number of studies currently underway, including on horses, digging down into what medical properties CBD actually has.

“As it stands right now, there is no scientific basis for use in the horse,” said Scollay. As the scientific literature continues to pour in, “we might have to revisit the classification,” she said, but added that she wouldn't expect any such reclassification “to change much.”

Experts point to the wild west nature of the CBD market at present, with much variability in purity, strength, and safety of these products. A recent study out of Europe found that more than two-thirds of the 14 CBD products tested contained concentrations that differed by more than 10% from the label. As such, in its bulletin the RMTC offers no recommended withdrawal times.

“Bad guidance is worse than no guidance,” said Scollay.

The CHRB notification to trainers states how CBD and its metabolites can be detectable for 72-96 hours after ingestion by the horse, though it provides no indication of dose. According to Arthur, the 72-96 hour designation comes from a study that will be ready for publication early next year.

Arthur said that he is unaware of how widely used CBD products are on the backstretch. Scollay said that when she was working as Kentucky Horse Racing Commission equine medical director, CBD products were starting to become aggressively marketed,” and I was getting lots of calls, people were asking lots of questions about it.”

Scollay warned, too, of the increasing popularity of horse bedding made from hemp plants, and the residual risk of contamination.

“The question there is of the potential for exposure, and is that sufficient to generate a positive CBD test?” Scollay said. “I have heard that at least one project has indicated that that is the case.”

“The all-natural aspect of it, some people equate that to benign,” Scollay said, of CBD products in general, “and that's not a logical leap.”