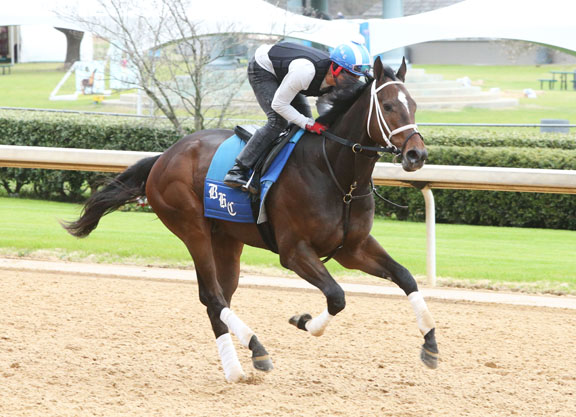 “If all goes well after his work on Saturday, we'll run in the Derby,” Cox said. “He came out of the Arkansas Derby in great shape. He's a sound horse who is training well.”

The speedy Caddo River, a blowout front-running winner of the Smarty Jones S., was fifth as the favorite after conceding the early lead to Concert Tour in the GII Rebel S.