Buratino in Doubt for Commonwealth 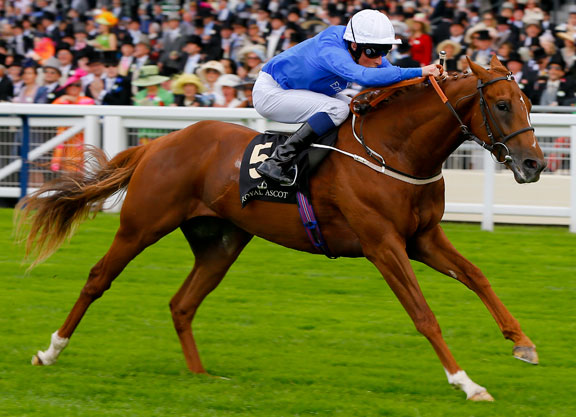 Connections of Buratino (Ire) (Exceed And Excel {Aus}) have warned he is unlikely to take his place in Friday's G1 Commonwealth Cup at Royal Ascot due to the ground. Although last year's G2 Coventry S. winner still holds an entry in the six -furlong Group 1 prize, the chances of the Godolphin colorbearer contesting the race appear to be slim unless the ground dries out. Having finished well down the field on his reappearance in the G1 2000 Guineas at Newmarket, the Mark Johnston trainee turned in an improved effort last time out when dropped back to six furlongs, finishing fourth in the G2 Sandy Lane S. at Haydock.

Charlie Johnston, son and assistant trainer, said, “The plan was very much to run Buratino in the Commonwealth Cup, but it would have to look doubtful at this moment in time unless the ground dries out considerably. He is very much a quick-ground horse. We were really looking forward to taking him back to Ascot where he put in one of his best performances in winning the Coventry and we were hoping to see a return to that level of form. He will almost certainly still be declared, he might even travel down to Ascot and a decision may be made at the last minute, but if it is soft ground he won't run.”