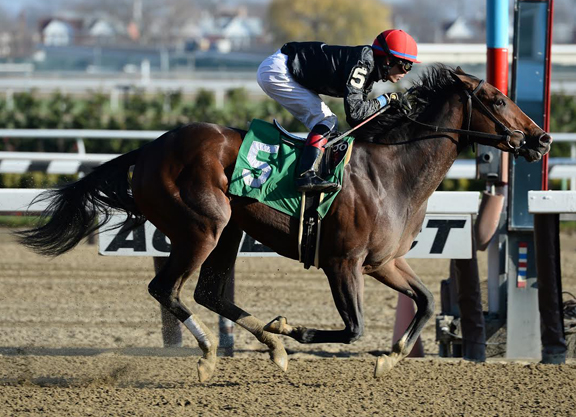 “She came back great,” McGaughey said Monday afternoon. “She came out of it good and is on her way to Payson Park as we speak.”

Although she is a half-sibling to GI Man o' War S.-winning Imagining,

McGaughey never really considered running her on the turf.

“She's always trained well on dirt, I've never even had her on the turf,” the conditioner explained. “I never had any doubt that she would run well on the dirt.”

Although McGaughey was pleased with the effort, all indicators from her training suggested she'd would run well.

“We thought she would run good,” he noted. “I was a little surprised that she didn't break a little bit faster than she did, but I wasn't surprised at the effort.”

Browse, who is already on her way to south Florida, will ideally face allowance company at Gulfstream, according to McGaughey.

“It'll be an allowance race at Gulfstream,” the conditioner said of Browse's next race. “I'd like to run her in an other-than going a mile against 3-year-old fillies after the first of the year. We'll see how she gets down here and give her a bit of a break, just to get her over the race and the ship, and we'll go from there.”