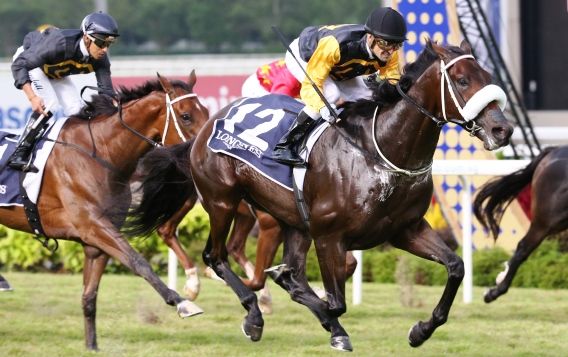 Jockey Corey Brown, among the leading riders since shifting his tack to Singapore 3 1/2 years ago, has informed officials at the Singapore Turf Club that he would not be returning for the 2017 season, citing family reasons.

Winner of the 2009 G1 Melbourne Cup astride Shocking (Aus), Brown booted home a total of 251 winners during his Kranji sojourn, 17 of those in feature races, including the 2014 Longines Singapore Gold Cup and 2015 Emirates Singapore Derby with Quechua (Arg). In the top five since his arrival in April 2013, Brown was second in the jockeys' premiership in 2015 with 87 victories, a mark bettered only by Manoel Nunes.

The 40-year-old, who has also won the G1 Australian and Victoria Derbies at home, will not be able to ride in Australia until Jan. 28, having been suspended for two months after taking a medication that resulted in his being ruled unfit to ride by the Singapore Turf Club medical director for a meeting in October.