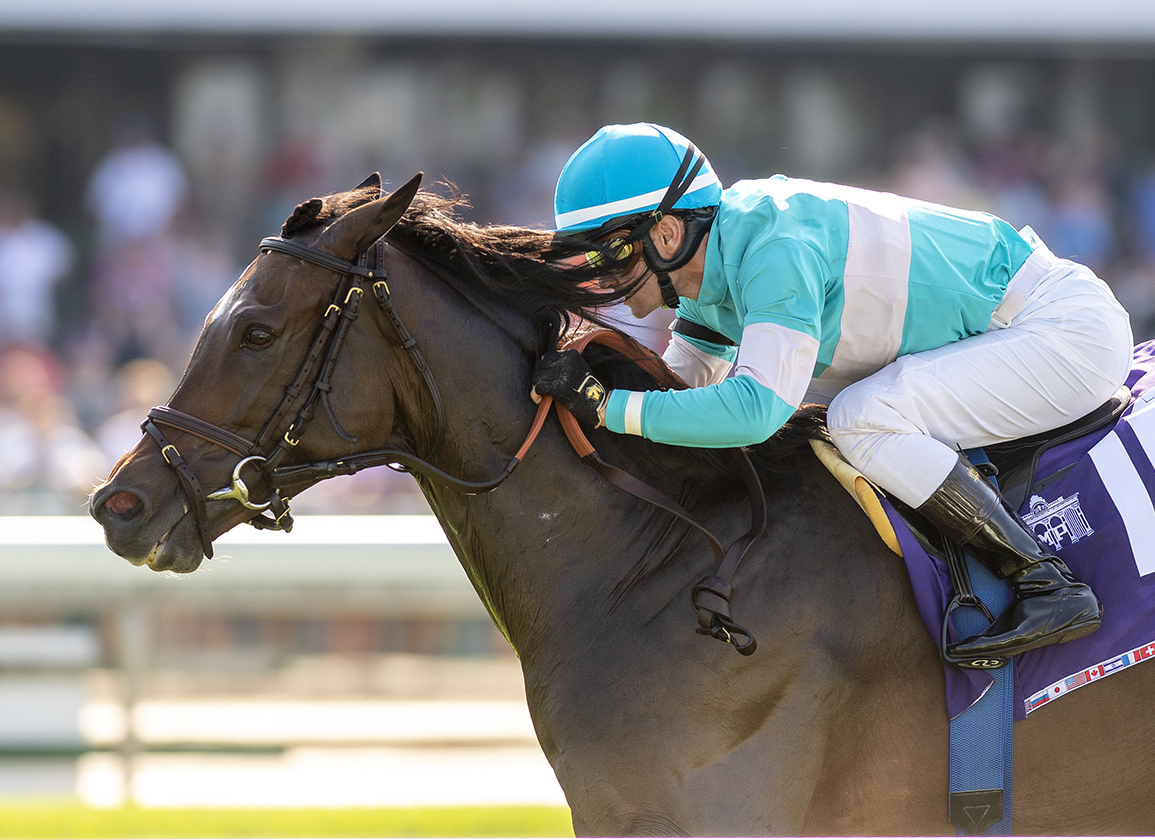 Chad Brown has two chances to capture his fourth renewal of Saratoga's GI Sword Dancer S. Saturday with morning-line favorite Tribhuvan (Fr) (Toronado {Ire}) and Rockemperor (Ire) (Holy Roman Emperor {Ire}). The event is a “Win and You're In” for the GI Breeders' Cup Turf S.

A two-time winner in his native France, Tribhuvan was privately purchased by these connections and moved Stateside to Brown. He scored his first Stateside win in his third attempt in a Belmont optional claimer last summer and was subsequently shelved. Making a victorious return in the May 1 GII Fort Marcy S. at Belmont, the gelding did all the heavy lifting in that venue's GI Manhattan S. June 5, only to be run down by stablemate Domestic Spending (GB) (Kingman {GB}) and forced to settle for second. He bounced back with a front-running score in Monmouth's GI United Nations S. July 17.

“He surprised me that he's turned into the frontrunning horse that he is now,” Brown said. “We've gone on with it and he's changed since we gelded him as well. He's developing beyond my expectations and I'm really proud of the horse. He continues to get better.”

Third in the Fort Marcy, Rockemperor was fifth in the Manhattan and scored his first U.S. victory in a 10-furlong optional claimer at Belmont June 26. He was second to Cross Border (English Channel) last out in this venue's GII Bowling Green S. July 31.

“He ran well last time. He's a horse that's always knocking on the door in these bigger races, so hopefully he steps it up here,” Brown said.

Aidan O'Brien is always dangerous when shipping in from Europe and has a strong contender here in Japan (GB) (Galileo {Ire}). Winner of the G1 Juddmonte Grand Prix de Paris and G1 Juddmonte International S. in 2019, the bay started this season on a winning note in the G3 Ormonde S. May 6 and was third next out in the G1 Coronation Cup June 4. Failing to fire when sixth in the G2 Hardwicke S. at Royal Ascot 15 days later, he was a narrow winner of the G3 Meld S. last out July 15.

Gufo (Declaratioon of War) seeks his second top-level score here. Winner of the GI Belmont Derby last season, the chestnut came up a nose short in the GI Man o'War S. at Belmont May 8 and rallied to be third in the Manhattan. He captured the Grand Couturier S. going 1 1/2 miles at Belmont last out July 5.

Also worth a look at a price in this event is defending champion Channel Maker (English Channel), who romped by 5 3/4 lengths in this event last term and followed suit with a win in the GI Turf Classic Invitational S. Runner-up in the Neom Turf Cup S. in Saudi Arabia in February, the chestnut could only manage eighth in the G1 Dubai Sheema Classic Mar. 27 and was seventh in the Bowling Green last out.