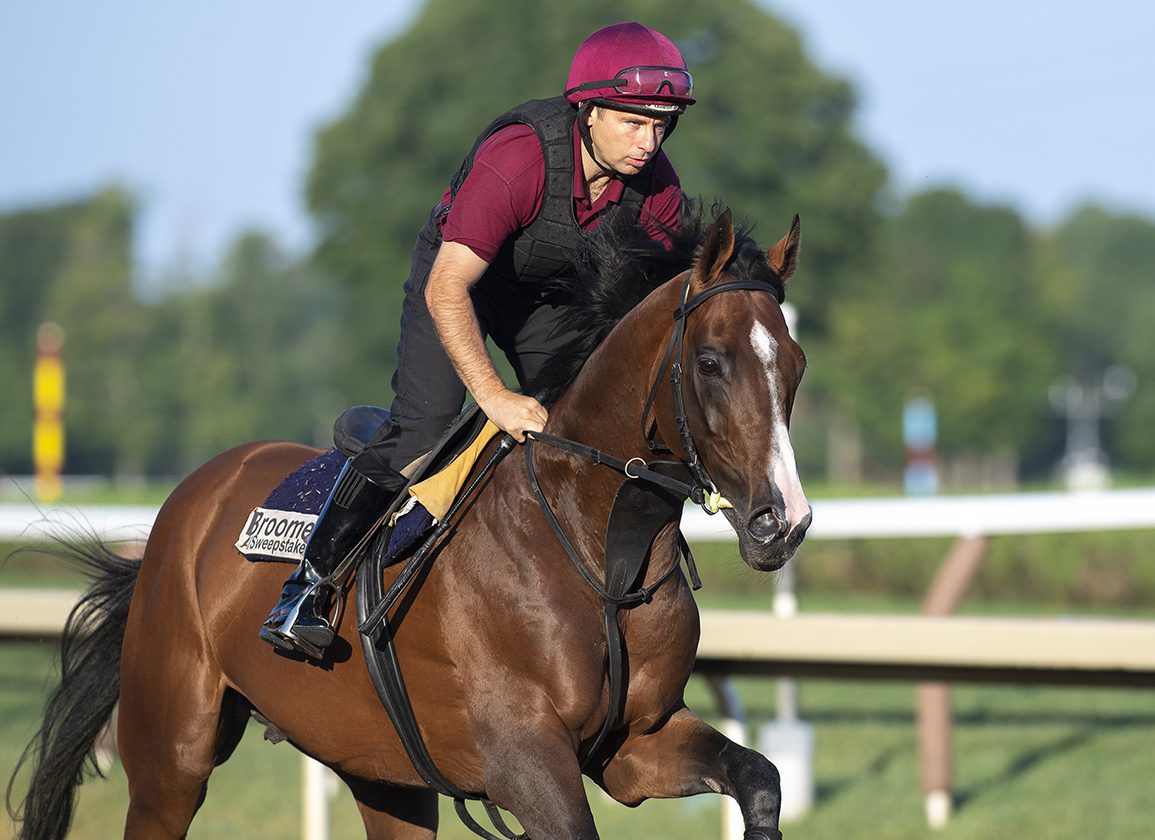 The 6-year-old entire comes into the Sword Dancer a relatively fresh animal, as he will be making just his fourth start of the season at the weekend. A first-up fifth in the G1 Tattersalls Gold Cup over 10 panels, Broome took command of the June 18 G2 Hardwicke S. at the Royal meeting after a quarter-mile and boldly led the balance, staying up the rise to score by 3 1/4 decisive lengths.

“He made the running. It was a good effort and we were delighted with him,” said trainer Aidan O'Brien, in search of a first win at the historic upstate New York oval. “It was probably his best run of the year, really. We felt he came back every bit as good if not better than before. He's a horse that's maturing very well.”

Off at longshot odds when last seen in the G1 King George VI & Queen Elizabeth QIPCO S. back at Ascot, he locked up with G1 Irish Derby hero Westover (GB) (Frankel {GB}) at midway and ultimately got the better of that battle, but weakened out two furlongs down and finished better than a dozen lengths in back of Pyledriver (GB) (Harbour Watch {Ire}) in fourth.

O'Brien does not believe that forecast rains Friday will dampen Broome's chances.

“I don't think he'll mind it. He has form with ease in the ground,” O'Brien said. “I spoke to the lads and they're happy with the way he's training. Hopefully, he will run well.”