Brody's Cause to Haskell 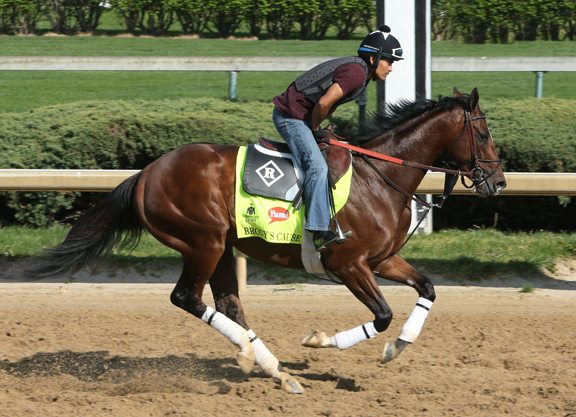 A $350,000 Keeneland September yearling graduate, the bay colt followed his success at Keeneland with a respectable seventh-place effort behind Nyquist (Uncle Mo) in the GI Kentucky Derby May 7 and was last seen splitting the field in sixth in back of Creator (Tapit) in the GI Belmont S. June 11. He is expected to face a rematch in the Haskell with the Derby winner, who was declared on target for the race earlier this week by trainer Doug O'Neill.

“He's been doing good since the Belmont,” Romans said of Brody's Cause. “He will ship up from Churchill a few days before the race.”

Brody's Cause has had two works since the Belmont, including a best-of-25 five furlongs in 1:00.20 at Churchill July 9.