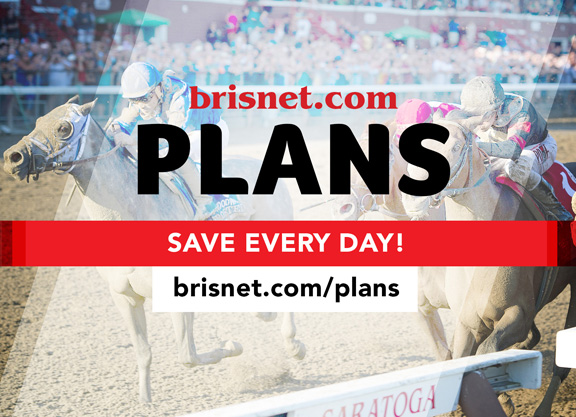 GI Arkansas Derby (1st Div.) – For the purposes of a contest like this, it's hard to stomach taking $20 profit on our mythical wager, but I just can't in good faith make a selection I'd never under any circumstance bet myself, so here we are taking Charlatan, who I would absolutely bet at 3-5, let alone his even- money morning line. I think he's the best 3-year-old in training. If this were the Kentucky Derby, I'd try to beat as an “Apollo” horse going 1 1/4 miles off just three career starts (Justify-style LOL), but it's the Arkansas Derby instead, and I'm all in. Selection: #1 Charlatan (1-1).

GI Arkansas Derby (2nd Div.) – Silver Prospector has that classic Derby profile: 2-year-old foundation and rounding into form as a 3-year-old. I think he can improve off his last where Nadal turned him away, but he still made a decent middle move, and if that can be sustained with Asmussen's training, then he's dangerous at a nice price. My strongest opinion in the race is against the top three morning-line choices, so I'll be deep with some prices in multi-race wagers, but Silver Prospector is the play on top! Selection: #7 Silver Prospector (10-1).

GI Arkansas Derby (1st Div.) – The unbeaten Charlatan completely towers over this field on paper and is also the clear-cut early speed with the defection of Shooters Shoot. Not worth trying to beat, even at 1-5. Let's see if we can sneak longshot Crypto Cash into the gimmicks underneath at a big number. Selection: #1 Charlatan (1-1).

GI Arkansas Derby (2nd Div.) – If you can excuse Silver Prospector's Rebel no-show in the slop last time, he's very intriguing at what has to be a great price. The gray is capable of running a race fast enough to win this–see his Southwest score over this track–and he could sit the perfect trip not far behind a projected sharp early pace. Appears to have emerged from his latest in fine form, firing a five-furlong warning shot for Asmussen in Hot Springs Apr. 18. Selection: #7 Silver Prospector (10-1).

DiDonato – Curlin Florida Derby Results – It feels like it happened a hundred years ago at this point, but Tiz the Law (+$420) put us back in front with his dominant win at Gulfstream. Bankroll: $2485.

GI Arkansas Derby (1st Div.) – How does Charlatan lose this race? He's just way too fast for this group, which is clearly the weaker of two Arkansas Derby divisions as a whole. Anneau d'Or seems like the only alternative worth considering–he should love the distance and appears to be working well–but is too hard to trust off that last effort to get off the chalk. Selection: #1 Charlatan (1-1).

GI Arkansas Derby (2nd Div.) – Nadal catches the tougher bunch and already struck me as the more vulnerable of Bob Baffert's two invaders. King Guillermo is the play as he figures to not get the respect he deserves off of that 49-1 upset in Tampa Bay Derby. He was just a bad miss by the betting public (myself included) last time, but his route form on the grass was strong and clearly, now, he can handle both surfaces. It's hard to find a knock on his Tampa romp–it was legitimately fast, and while he had an easy stalking trip, he seems like he should be able to work out a similar journey this time right behind Nadal and Wells Bayou. Selection: #4 King Guillermo (3-1).