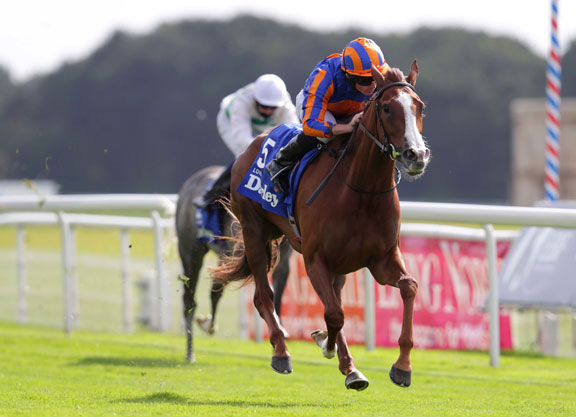 After removing Love (Ire) (Galileo {Ire}) from the G1 Prix de l'Arc de Triomphe during Thursday's final forfeit stage due to the deteriorating ground, trainer Aidan O'Brien confirmed Europe's leading 3-year-old filly will target the Breeders' Cup at Keeneland on Nov. 7 and is expected to stay in training at four.

“It's 4.1 on the penetrometer at the moment and there is a lot of rain forecast; it could get to 4.5 so we had to make a choice. Sadly I don't think there's any prospect of the ground improving much.”

Speaking to Sky Sports Racing later on Thursday morning, O'Brien said they will go with Love where good ground is more assured.

“It would be unusual if the ground came up good on Champions Day [at Ascot], it is usually soft or heavy so it would be wrong to carry on with her for another two weeks and then the same thing happen,” he said. “So we'll give her a little time now and give her a nice run in the Breeders' Cup. The plan is to have her in training next year, so that's something to look forward to.”