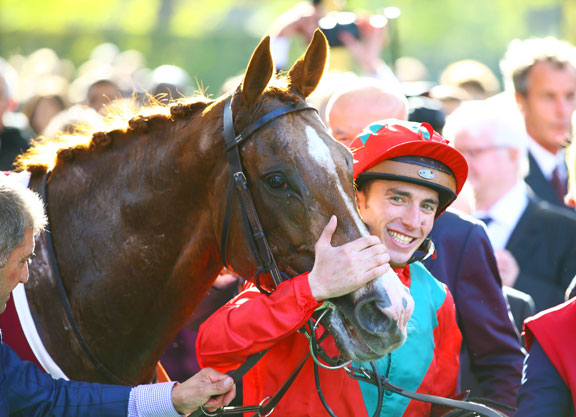 Former French champion jockey Pierre-Charles Boudot, who was last May charged with the rape of a female work rider, has had a riding ban from France Galop extended a further six months. Boudot, who is currently under judicial supervision, was initially banned from May 12 to Aug. 13 last year, with than ban extended until Feb. 16.

In a statement, France Galop stressed that the ban could be lifted before its term or renewed depending upon elements brought to the attention of stewards. It also noted that Boudot has voluntarily withdrawn from his profession to devote himself to his defence, and that the ban does not call into question Boudot's presumption of innocence.