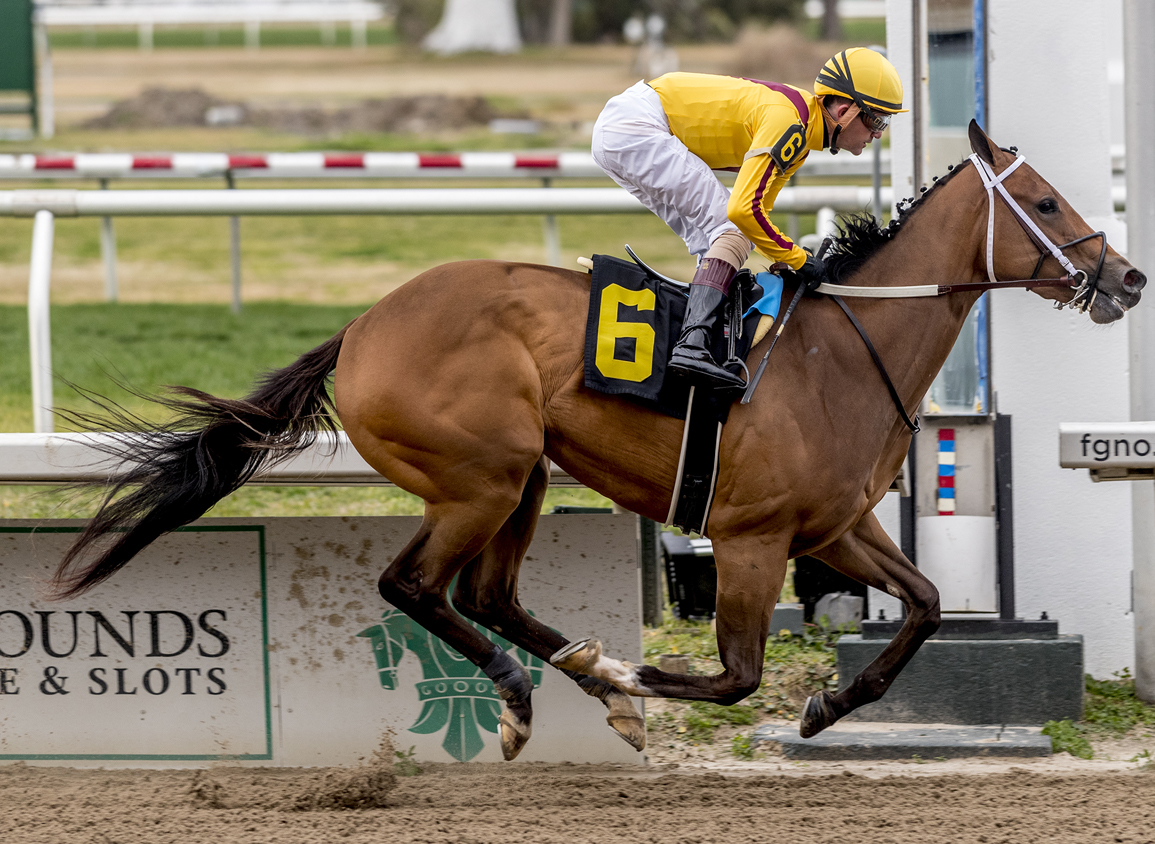 Stonestreet Stables' Bombdiggity became the 30th 'TDN Rising Star' for her super sire Into Mischief with an impressive score at Fair Grounds. Bumped at the start of her unveiling at Churchill Downs Nov. 6, the $600,000 KEESEP purchase faded to be sixth after setting the early pace. Receiving Lasix for the first time in this sophomore bow, Bombdiggity broke much better this time around, jumping up to take immediate control. Coasting through a :22.66 first quarter, the bay was well within herself as she turned for home in front after a half in :46.28. Opening up with ease in the lane, Bombdiggity sailed home to a dominant 6 3/4-length graduation. Ride the Plan (Candy Ride {Arg}) filled the place spot.

The winner is a half to 'TDN Rising Star' Carribean Caper (Speightstown), GSW, $345,595. Their stakes-placed dam Checkupfromzneckup summoned $825,000 from WinStar at the 2017 Keeneland November Sale. She aborted her first foal, making Carribean Caper her first live produce, followed by Bombdiggity. Her 2020 filly, now named Dixie Tap (Tapit), brought $990,000 from West Point, Scarlet Oak Racing and NBS Stable at last term's Fasig-Tipton Saratoga Sale. The 11-year-old mare had a Quality Road colt Apr. 27 of last year and is back in foal to that stallion