Been paying attention to what's going on in the Empire State lately (er, you might know it as New York)? We speak not of the mess in the Governor's Mansion or resulting headlines and cable news rumblings. Rather, we refer to the status of registered New York-breds, exploits of which are tickling the fancy of the state's breeders–many of whom went home dancing with dollars following the conclusion of the Fasig-Tipton sale for a brace of indigenous yearlings.

The sale continued a recent demand from owners, trainers, and pinhookers because New York-breds are winning important open company stakes, and a lot more of them are earning tons of money in bonuses and other rewards offered through the Empire State's incentive program.

However, we are not here to shill for these horses–they do well enough on their own. Rather, we are here to offer perspective on how this has come about, a perspective that will focus on the development of the state's stallion rosters since the program was initiated in the late 1970s. That's because without perspective there is no other way to explain the current success of the program.

First, let's get this concept of “perspective” defined relative to this exercise. According to the Oxford English Dictionary, putting something in perspective has two basic definitions (italics added): 1) “the art of drawing solid objects on a two-dimensional surface so as to give the right impression of their height, width, depth, and position in relation to each other when viewed from a particular point,” 'a perspective drawing'; and 2) “a particular attitude toward or way of regarding something, a point of view.”

Your correspondent is in a unique position to present this perspective because: 1) the algorithms for the biomechanical analysis we have utilized since the early 1980s generates a series of graphs for each horse measured, hence a “picture” of how the horse is constructed in terms of potential racing and breeding efficiency; and 2) your correspondent has been intimately involved in the New York Thoroughbred industry since the early 1980s in many ways including as an adviser to breeders and owners, newspaper publisher, compiler of state sire lists, and one who also helped shaped policy for the program.

As for the latter issue, without getting too deep into the weeds, suffice it to say that as president of New York Thoroughbred Breeders (NYTB), your correspondent wrote the rules and regulations passed into law in 1994 governing mare residency and stallion breed-back requirements, which in 2020 were altered modestly to expand the residency issue to attract more quality mares.

Over the years we have watched the comings and goings of stallions in New York and have come to several conclusions based on what the market wants, what the stallions brought to the breeding sheds in pedigree and biomechanics, and how the development of a stallion program in New York is not very different from those in other states, including Kentucky. 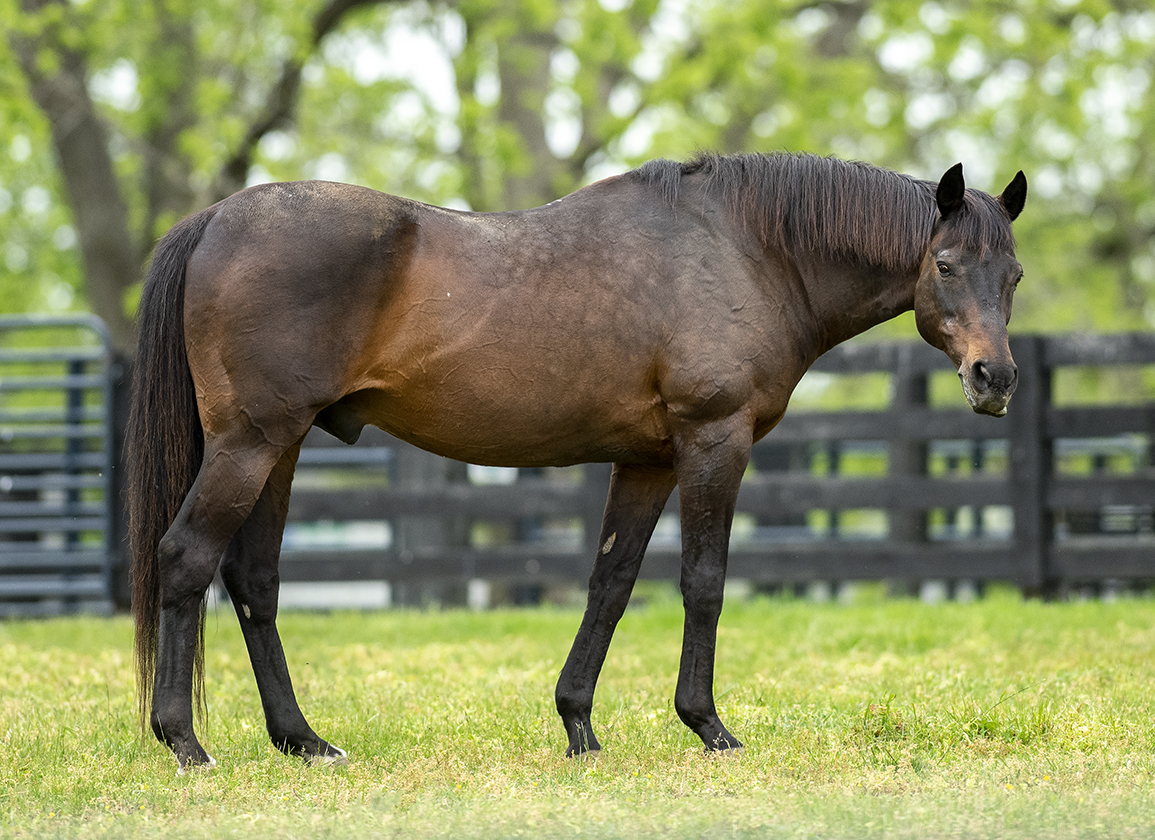 Go for Gin, shown in retirement, was by New York-based Cormorant | Sarah Andrew

Our conclusion: While dozens of stallions were either retired to stand in the state or moved from elsewhere, all faced a basic disadvantage regardless of the rules and incentives promulgated by the state. The majority of available mares lacked either the pedigree and/or biomechanical qualities to match many of the stallions available.

That said and “all Gaul” notwithstanding, the Empire State's breeding program can be divided into three parts (or, in this case, three time periods, or “cycles”). Each is defined by economic and regulatory factors that strongly affected the development of a competitive stallion roster within the state.

Five stallions emerged through those cycles that shaped the story of the entire program: two of which moved into the state and three of which retired to stud there. Parenthetically, each of those five had a favorable biomechanical profile to be successful irrespective of pedigree and, given the quality and quantity of the mares they attracted, all of them succeeded as expected on those scores.

In the late 1970s two stallions moved to New York early in their careers and, despite being completely different in pedigree and race records, dominated the state's sire lists for many years. One was Cormorant, a son of His Majesty who sired Kentucky Derby winner Go for Gin, Eclipse Award winner Saratoga Dew, and Grade I winner Grecian Flight among his 46 stakes winners. The other was Talc, a son of Rock Talk who did not sire as many stakes winners as Cormorant but who consistently battled that one on the sire list. In the 1970s and 80s it was not uncommon for several races a day at NYRA tracks and Finger Lakes to feature one or more offspring of these two.

Both were average sized, very well-balanced individuals who stamped their foals in their own image. Indeed, you rarely saw a Cormorant or Talc that was anything other than bay or brown except when toward the end of his career Cormorant got the gallant gray gelding Gander, a fan favorite. The irony here is that even though Go for Gin sired Grade I winner and sire Albert the Great, the His Majesty line–and therefore the Ribot line–in North America saw the beginning of its end in Cormorant. And the Rasper II line, of which Talc was a major part, also basically ended with his demise.

Yet these two were so consistent in getting winners from any pedigree or physical type that the only caveat during that time was the well-worn advice that you should make sure the mare you bred to Cormorant mitigated his personality (which was, how you say, difficult), but you could breed a dog to Talc and get a runner.

These two paved the way to the next cycle wherein two stallions who retired directly to stud in the state met the challenge in completely different ways. First came D'Accord, a Grade II-winning son of Secretariat out of champion Fanfreluche, by Northern Dancer, who was purchased by John Hettinger of Akindale Farm in 1984. He was unquestionably the most prominent “marquee” stallion prospect to stand in the state if only because of his pedigree.

He came along before his sire became better known as the broodmare sire of epoch-making stallions Storm Cat, Gone West, and A.P. Indy rather than as a sire of sires, and in many ways D'Accord turned out to be right up there among Secretariat's best sons at stud. Richly supported by Hettinger, his book was also very carefully monitored for quality, so he never had huge crops commercial sires required as a pivot for success. Though he got one good son who went on to become a sire in Montreal Red, it was his fillies among his 19 stakes winners who stood out. Thus, like Cormorant and Talc before him, D'Accord, in effect, was one of those who helped precipitate the end of a sire line.

On the other hand, a large multiple Grade III-winning speedball son of Danzig came into the stallion barn at Sugar Maple Farm, a few miles up the road from Akindale, and immediately became the star of the show. That would be Belong to Me, who was not only a phenotypical carbon copy of his sire (though larger) but given his opportunity in New York, a most propitious pedigree and physical match for the state's broodmares.

His first runners set the tracks on fire and after siring four crops at Sugar Maple, he was dispatched to Kentucky where he subsequently became a successful shuttle sire in Australia. By the time of his demise at age 31 last year, and without a son to establish a Danzig branch, it was most probably forgotten by many that he rang the bells initially in New York. 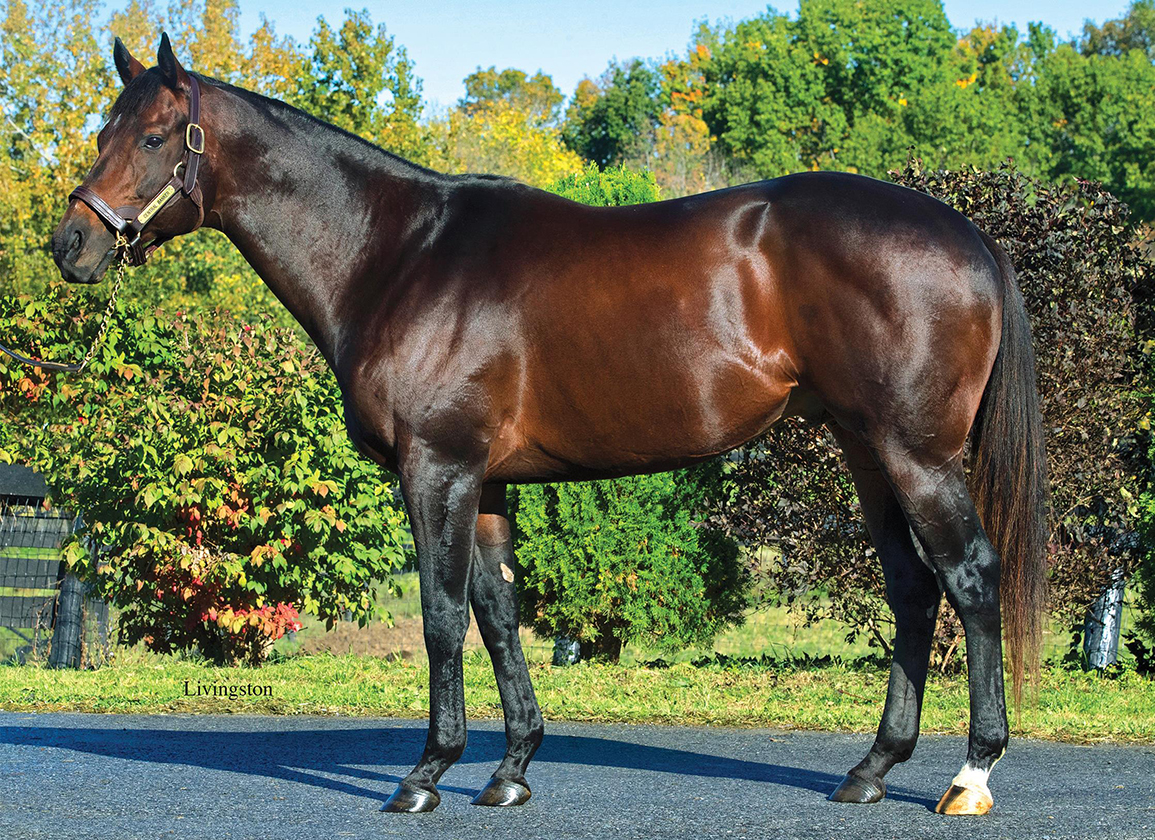 Which brings us to the third cycle which has been dominated by a horse with a name that should require him to explain everything to us: Freud. Retired to the state after a modest group-placed career in Europe, he was given a chance primarily because he was a full-brother to international champion Giant's Causeway, being by Storm Cat out of Mariah's Storm, by Rahy. First impressions might lead one to believe, as a friend once remarked, “well, that shoots the full-brother theory,” for Freud is a dark bay resembling Storm Cat while Giant's Causeway was a chestnut though much bigger than his similarly colored broodmare sire.

However, the tale of the tape shows that they were virtually twins phenotypically and in body measurements, so much so that on several key biomechanical tests they scored almost identically. Thus, it was not so much of a surprise to those who bred to him early on with this knowledge that Freud would be successful, at least in a state-bred program. That he has sired nearly 70 stakes winners including 17 graded victors thus far has certainly solidified his standing as the most successful stallion to retire to stud in the Empire State. The fact that two of his leading earners are out of mares by D'Accord sweetens the pot.

Freud has been New York's leading sire many times but in the past two years he has been challenged and now surpassed by Central Banker, a son of Speightstown who benefitted from huge books in his first few years to gain a reputation for getting a lot of early, fast runners. He needs to step up with more than the few black-type earners he has at this time to justify a prognostication for leading a future cycle, but as of now his yang to Freud's yin at the top of the list of stallions retired directly to the state is somewhat analogous to the counterbalance that Cormorant and Talc brought with them when they hopped on vans all those years ago and settled in the Hudson Valley.