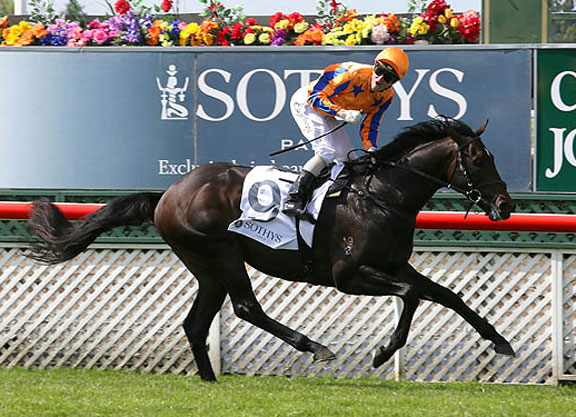 Xtravagant (NZ) (Pentire {GB}), a dual Group 1 winner in his native New Zealand, will return to Australia in the spring for a Melbourne campaign set to culminate in the G1 Cox Plate, according to NZ Racing Desk. The 3-year-old Xtravagant won last year's G1 NZ 2000 Guineas and the G1 NRM Sprint in February, but faded to eighth after setting the pace in his Australian debut, the G1 Australian Guineas, at Flemington Mar. 5. He returned to New Zealand to take the G3 Breeders' S. Apr. 30.

“The plan is to take him to Melbourne in early August and he will then race there through the spring,” David Ellis, principal of ownership group Te Akau Racing, told NZ Racing Desk. “We will probably trial him there on the better tracks and look to kick him off at Caulfield on [Aug. 27], most likely in the [G3] Heath S. over 1100 meters. We will then be looking to run him in races like the [G1] Toorak H. and hopefully he will finish up in the Cox Plate.”