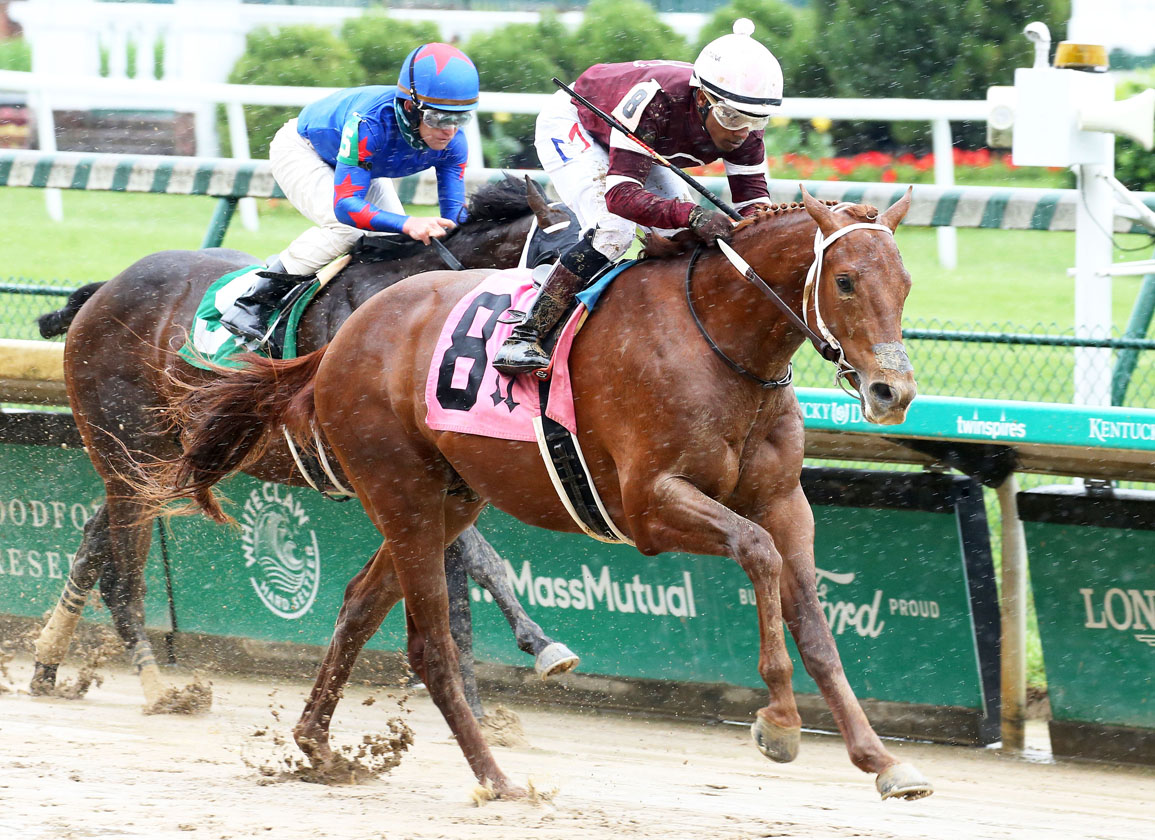 A wide-open field of 11 juveniles, including one filly, will line up for Saturday's GIII Bashford Manor S. at Churchill Downs.

The 3-1 morning-line favorite Glacial (Frosted) dueled free after a slow start to post a 2 1/2-length debut victory over the stakes-placed maiden Vodka N Water (Fed Biz) beneath the Twin Spires May 29. The $140,000 OBSMAR graduate, produced by an unraced half-sister to GISW Cupid (Tapit), is trained by Norm Casse.

Lansdowne (Super Saver), a half-brother to MGISW Midnight Lucky (Midnight Lute), led by five lengths at the stretch call en route to a front-running, 1 1/2-length debut victory for Dallas Stewart at Churchill May 22.

Winchell homebred Red Run (Gun Runner) became the first winner for his highly regarded freshman sire with a three-wide rally on debut in the Churchill slop May 9. Red Run is the first foal out of an unraced full-sister to champion 3-year-old filly and GI Kentucky Oaks heroine Untapable (Tapit).

Keeneland debut winner Shesgotattitude (Tiznow), drawn widest of all in post 11, takes on the boys for a second straight time for John Ennis following a fourth-place finish in the Kentucky Juvenile S. in the slop Apr. 28.