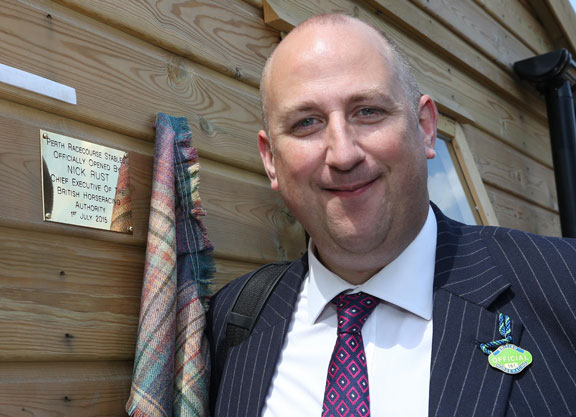 The British Horseracing Authority, in the wake of the controversy surrounding the case of trainer Jim Best, has revealed its intended actions to ensure future disciplinary panels are free of perceived bias.

Best was found guilty in March of instructing jockey Paul John to stop two horses and was handed a four-year suspension, but that decision was thrown out after it was discovered solicitor Mattew Lohn was being paid to do other work for the BHA. Best’s case will be re-heard later this year.

The BHA has appointed Christopher Quinlan, an independent expert in the field of sports governance and regulation, to review the structure, composition and operation of its disciplinary panel, appeal board and licensing committee. This review will be accelerated, with recommendations due Sept. 13. In the meantime, the BHA has laid out a series of steps it will take to ensure confidence in its disciplinary process, including not engaging any disciplinary member who has had paid work with the BHA outside of the panel or on directly related matters.

“The issues that have been raised in connection with our disciplinary processes primarily concern perceptions of fairness and the appearance of bias,” said BHA Chief Executive Nick Rust. “There have been no suggestions of actual bias against the Disciplinary Panel or its individual members. As chief executive, I have sought to act promptly and decisively to deal with concerns raised, and following the provision by the Appeal Board of its reasons for its decision on the Jim Best case, I can now publish the actions we have already put in place to ensure that our sport and its participants can have the greatest confidence in the integrity of disciplinary cases, now and in the future.”