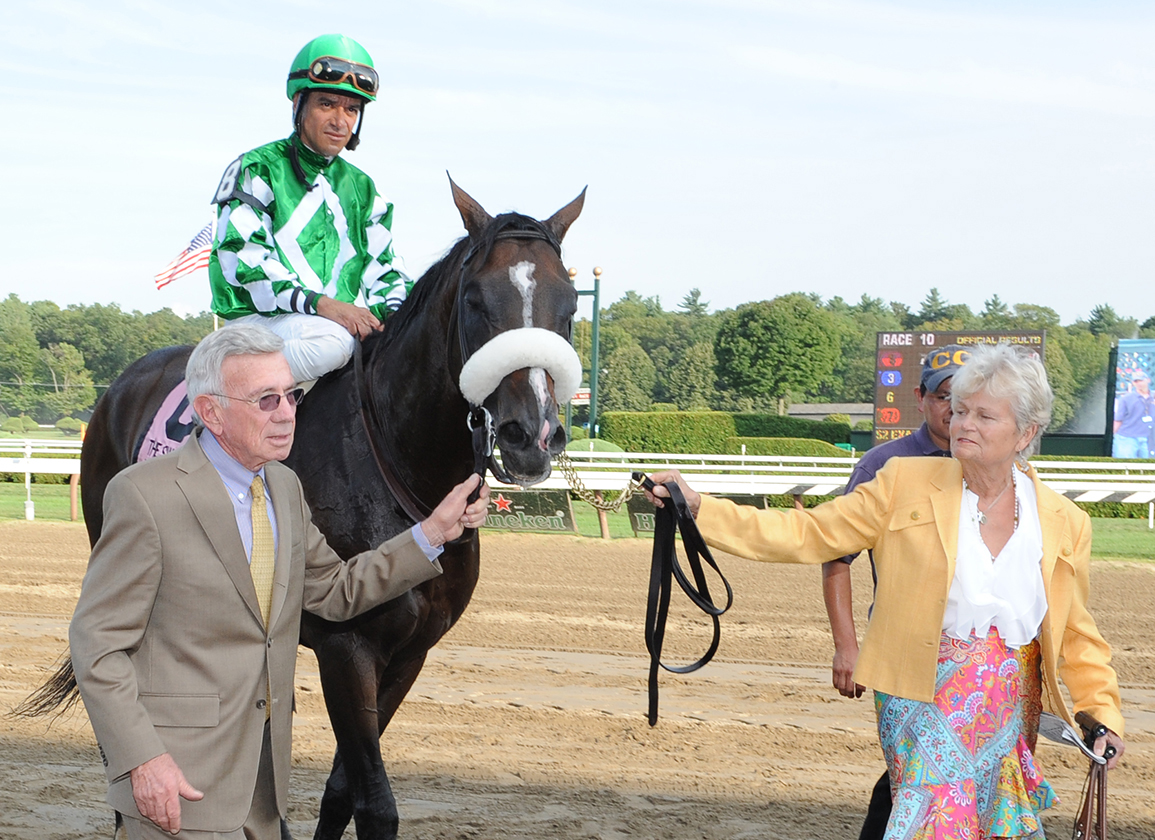 Bert Firestone, who along with his wife Diana, enjoyed international success at racing's top level for decades, passed away Monday at JFK Medical center in West Palm Beach. He was 89.

Firestone, a successful industrial real estate developer, was a hands-on horseman–he spent a summer in the early 1950s galloping for trainer Charlie Whittingham–whose American racing successes led to seven Eclipse Awards. Honest Pleasure (What a Pleasure) earned the couple's first Eclipse statue as champion 2-year-old of 1971 and he was followed by 1977 champion sprinter What a Summer (What Luck).

In 1980, the Firestones enjoyed perhaps their greatest stateside success when Genuine Risk (Exclusive Native) became only the second filly to win the GI Kentucky Derby. The filly's victory on the First Saturday in May bettered the previous runner-up efforts of Firestone colorbearers Honest Pleasure and General Assembly (Secretariat) and earned the couple, not just an Eclipse statue as leading 3-year-old filly, but also contributed to a championship as leading owners.

Already a champion in France, April Run (Ire) (Run the Gauntlet) earned the Eclipse Award as the top turf mare in the U.S. in 1982 and the great Theatrical (Ire) (Nureyev) reeled off six Grade I victories in 1987 to become the first Eclipse champion and Breeders' Cup winner for future Hall of Fame trainer Bill Mott.

The Firestones success in the U.S. was matched or exceeded by their achievements in Europe, where they enjoyed their first top-level victory when King's Company (Ire) (King's Troop {GB}) won the 1971 Irish 2000 Guineas. The following year, the colt retired to the couple's newly purchased the 1,200 Gilltown Stud in Co. Kildare.

The Firestones, who owned both Gulfstream Park and Calder Racecourse from 1989 to 1991, began scaling back their racing ventures in the late 1980s, selling Gilltown back to the Aga Khan in 1989. They also downsized from their 2,000-acre Catoctin Stud in Waterford, Virginia and acquired Newstead Farm in Upperville in 1991.

The Firestone homebred Winchester (Theatrical {Ire}) became the couple's final top-level victor with four Grade I wins from 2008 to 2011 and they completed the dispersal of their bloodstock in January 2020.

Christophe Clement, who trained Winchester for three of those Grade I victories, told TDN last year, “Very rarely will one train for people who have been a leading owner and breeder in both the States and Europe. It was also a touch intimidating, as Mr. Firestone had a great knowledge of racing through his time as a trainer and in racetrack ownership. Mr. and Mrs. Firestone are wonderful owners. They are great horse-people and the horses always come first.”

Both Bert and Diana Firestone were avid showjumpers and hunted in Virginia with the Piedmont and Middleburg Hunts and were Joint-Masters of the Kildare Foxhounds in Ireland. Two of his children, Matt and Alison, rode for the U.S. Equestrian team.

Firestone is survived by his wife, Diana; his four children, Matt, Greg, Ted and Alison; his three stepchildren, Lorna, Chris and Cricket and several grandchildren.