Home » Archive » Top News » Bell's The One Outclasses Them in TCA

Bell's The One Outclasses Them in TCA 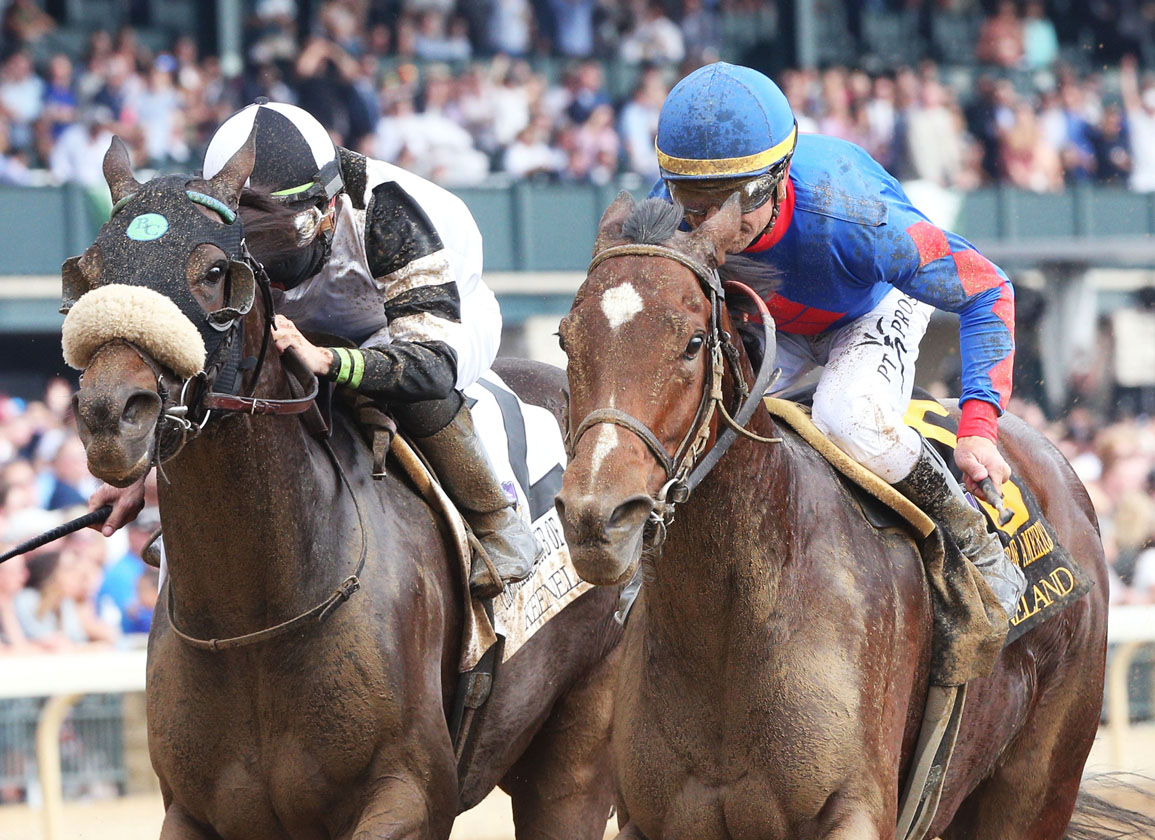 Bell's The One (inside) | Coady

Bell's the One stamped her ticket to the Breeders' Cup with a gritty score in the TCA at Keeneland Saturday. Heavily favored here, the bay trailed the field through a :21.57 opening quarter. Making an eye-catching move on the backstretch, she launched a five-wide bid turning for home to put herself in contention and fought her way past her foes in mid-stretch, edging clear to score.

“She's one of the best mares, if not the best horse, I've ever had,” trainer Neil Pessin said. “The only thing I regret with her is she never gets the respect she deserves. Even in this race, people weren't even picking her on top, which made absolutely zero sense to me.”

As for the Breeders' Cup, the conditioner said, “It will still depend on how she comes out of it. The plane reservations are still tough, the way they've got it–I know it's the best they can do–but we'll try to make a go of it if she comes out of it well.”

“When I ride her, I just let her gather her feet underneath her and be comfortable wherever she needs to be,” winning pilot Corey Lanerie said. “Today I actually tried to keep her a little closer because I was afraid if they got away from me I wouldn't be able to make up the ground, going six furlongs, and she gives everything she's got every time. I could tell from about the five-sixteenths pole, I'm in contention where, if she gives me her kick, I'm going to catch them. She has the fastest turn of foot [of any horse] I've ever been on.”

Winner of last year's GI Derby City Distaff, Bell's the One was a well-beaten third in the GI Breeders' Cup F/M Sprint S. in her next start. Dead-heating for second when making her seasonal bow in this venue's GI Madison S. Apr. 3, she was fourth when attempting to defend her Derby City title May 1 and returned to winning ways in Churchill's Roxelana S. June 19. The 5-year-old followed suit with a narrow score in Saratoga's GII Honorable Miss H. July 28 and was a close second in the Open Mind S. back beneath the Twin Spires last out Sept. 18. Bell's the One was originally scheduled to train up to the Breeders' Cup after that victory, but connections called an audible and sent her to the TCA for one more race in her home state before making the trek to Del Mar.

Bell's the One's dam Street Mate, a $35,000 KEENOV purchase in 2012, is a half-sister to GSW & GISP Tap Day (Pleasant Tap). Her first foal was SP Running Mate, who was retained by owner/breeder Bret Jones. The 13-year-old mare is also the dam of an unraced juvenile filly named Skipper Sue (Cairo Prince), a $400,000 KEESEP purchase by Rob Masiello,and a weanling filly by Collected. She was bred back to Not This Time.

This story was posted in Top News and tagged Bell's the One, Breeders' Cup Win and You're In, Corey Lanerie, Horse Racing, Keeneland, Neil Pessin, Thoroughbred Club of America S..