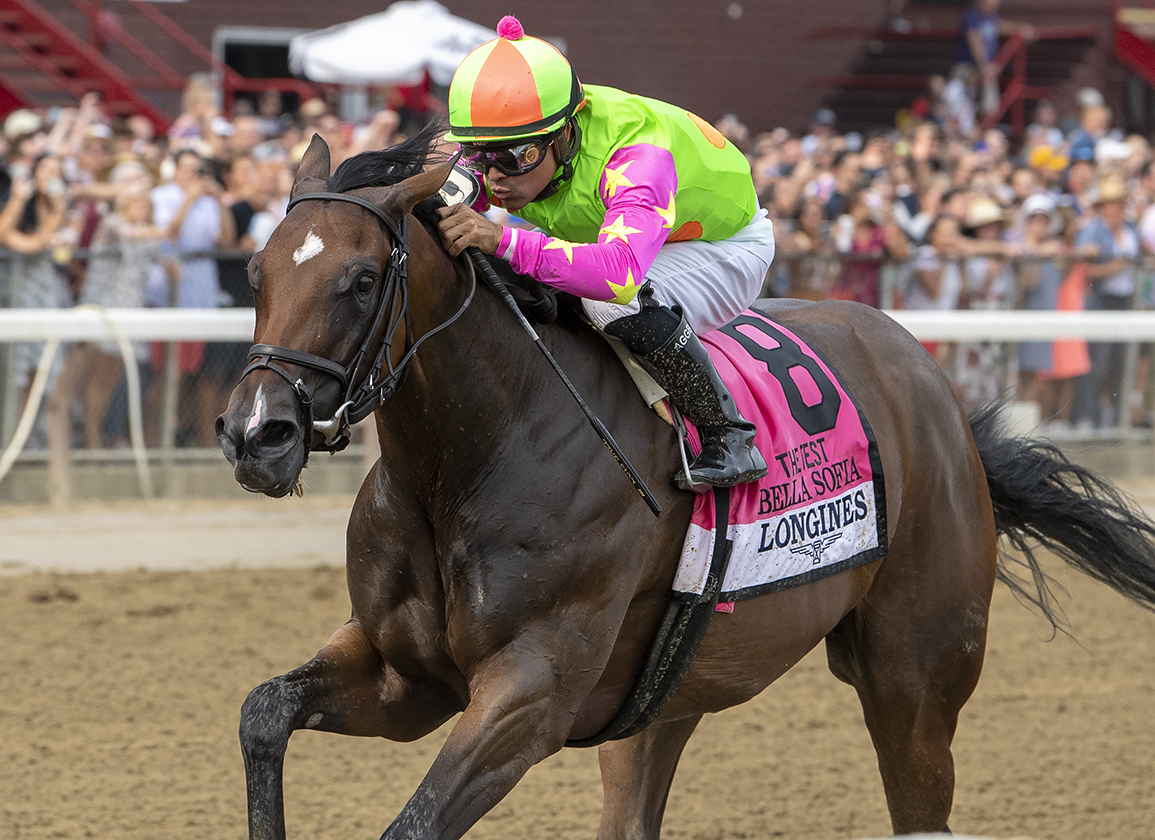 Opening her account with an eye-popping 11 1/4-length rout going six furlongs over this track last May, the $20,000 OBS June bargain buy was second in the Jersey Girl S. a month later before cruising to a 6 1/2-length allowance victory here July 11. Pressing the pace in the Test Aug. 7 at Saratoga, the dark bay ran away to a dazzling 4 1/4-length score and followed that up with another easy, open-length triumph in the track-and-trip GII Gallant Bloom H. She couldn't quite carry that momentum into the Breeders' Cup, retreating to fourth in the GI Filly & Mare Sprint, but returns with a trio of bullet works over this track for trainer Rudy Rodriguez and drew advantageously in the outermost stall.

“We're just trying to get her back and see if she is the same filly as last year,” Rodriguez told the NYRA notes team. “We thought the key was to get her started back here at Belmont. She's been training very good. She looks bigger and stronger, so we just hope she's at least the same as–and hopefully a little better than–last year.”

Miss Brazil (Palace Malice) looks to spring the upset in her second start as a 4-year-old. A facile winner of the Ruthless S. last February at Aqueduct, the $170,000 Keeneland September purchase added stakes placings in the Busher Invitational S. and Jersey Girl before closing her sophomore campaign with a disappointing fifth in the GIII Victory Ride S. The Tony Dutrow pupil returned off a nine-plus month layoff with an allowance/optional claiming success Apr. 22 at Aqueduct.

Rounding out the field are six-time stakes winner Frank's Rockette (Into Mischief), last-out GIII Distaff H. runner-up Kept Waiting (Broken Vow) and longshot Assertive Style (Nyquist), who was claimed by Flying P Stable and Tom Morley for $80,000 out of a runner-up finish sprinting on the Fair Grounds turf Mar. 25.