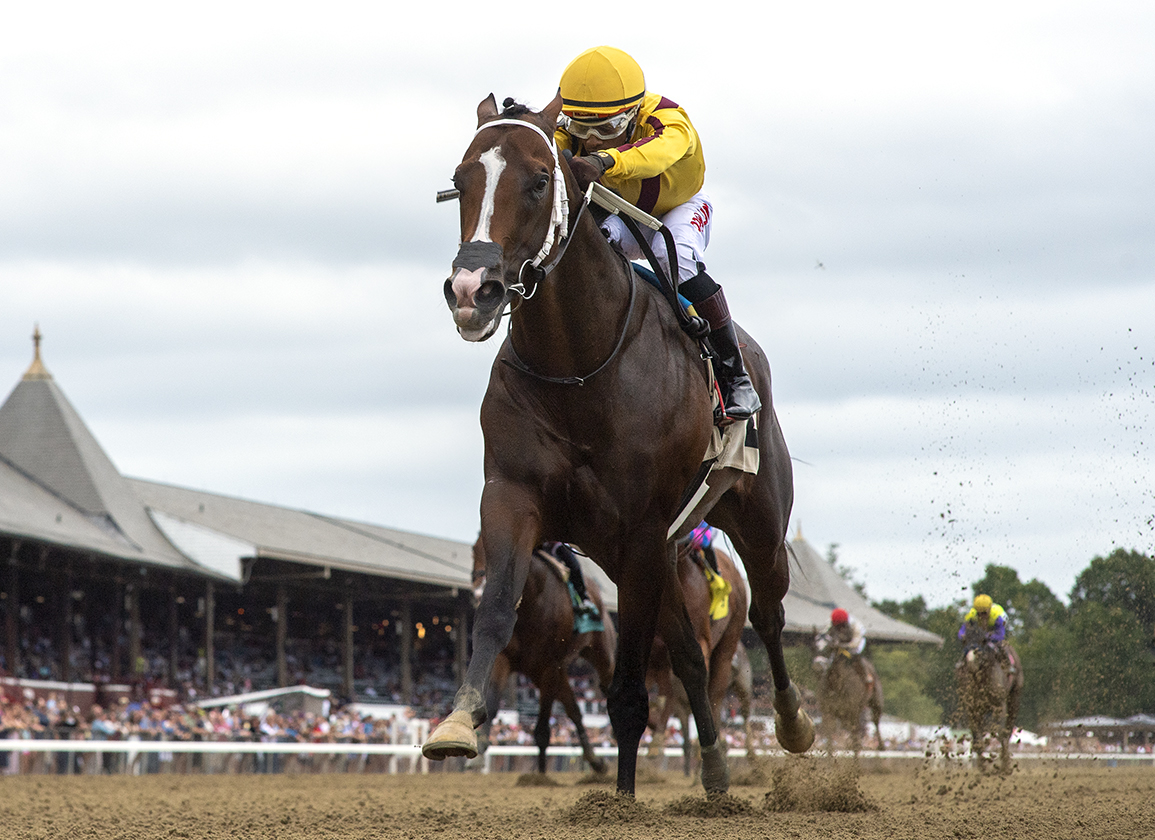 Stonestreet Stables LLC's `TDN Rising Star' Beau Liam (Liam's Map–Belle of Perintown, by Dehere) has been retired from racing and will stand the upcoming breeding season at Brereton and Elizabeth Jones's Airdrie Stud as a partnership between Stonestreet, Spendthrift Farm and Airdrie. Trained by Hall of Fame trainer Steve Asmussen, Beau Liam won his first three starts this season. Beau Liam will stand his first season for a fee of $6,000 stands and nurses.

Named a TDN Rising Star following his 7 1/2-length debut at Churchill Downs, Beau Liam's six-furlong time of 1:08 3/5 represented the fastest recorded clocking of any maiden at the distance in the history of the racetrack, earning a Ragozin Sheet number of 5 3/4. In his second start, he earned a 106 Beyer Speed Figure when taking a seven-furlong allowance at Saratoga. His Beyer trailed only multiple Grade I winner Jackie's Warrior (Maclean's Music)'s 107 and equaled the 106 figure earned by Grade I scorer Life is Good (Into Mischief), listed among the fastest 3-year-olds of the year at seven furlongs. In his third start, a dominant six-length victory at Saratoga, Beau Liam stopped the clock for 6 1/2 furlongs in 1:15 flat, earning a career high 107 Beyer Speed Figure.

Bet down to 2-5 favoritism while taking on his elders in the GIII Ack Ack S. at Churchill Downs, Beau Liam finished second, beaten by a length to the multiple graded stakes winner Plainsman (Flatter). The final time for the mile fixture was 1:33 4/5. Beau Liam was being pointed to the GI Cigar Mile at the time of a training injury that led to his retirement. He retires with three wins and a second from four lifetime starts and earnings of $229,000.

Bred in Kentucky by Barbara Banke's Stonestreet Farm, the son of Liam's Map was retained to race in the farm colors after not meeting his $385,000 reserve as a yearling at the Keeneland September Sale. From the second crop of his sire, the final hammer price was higher than the most expensive Liam's Map yearling of the 2019 sales season. His dam, the Dehere mare Belle of Perintown, was the winner of the GII Silverbulletday S. as a 3-year-old after a juvenile stakes victory in the Pocahontas S. at Churchill. In addition to Beau Liam, she is the dam of no fewer than three other black-type performers, including the graded-winning Strike it Rich (Unbridled's Song) and graded stakes-producing Sumptuous (Hennessy). Belle of Perintown is a granddaughter and great granddaughter, respectively, of the talented race fillies Jeanne Jones (Nijinsky II) and Beautiful Glass (Pass the Glass).

“Beau Liam is a brilliantly fast horse by one of the most exciting young stallions in the industry,” said Airdrie's Bret Jones. “He is gorgeous, and from a top-class family. There is no shortage of important stallions with a similar race record to this horse and their unifying characteristic has almost always been brilliant ability. We believe running the fastest maiden sprint in Churchill Downs history on debut and then following with 106 and 107 Beyers absolutely merits that distinction. We have been given a tremendous opportunity by Barbara Banke and the great team at Spendthrift Farm to stand this horse and we will be supporting him heavily to ensure he has the opportunity we all believe he deserves.”

“This horse was an absolute freak,” said Stonestreet Farm bloodstock advisor John Moynihan. “Everyone saw what he did as a 3-year-old, but he showed us that talent at two as well. I would have the same belief in Beau Liam's stallion potential as when we retired Maclean's Music. He's that kind of special. He will get a great chance at Airdrie Stud.”

“He's just a freakishly fast horse,” added Asmussen. “I wish we'd had the opportunity to get a Grade I next to his name, but anyone who saw him run knows he was of that talent level.”