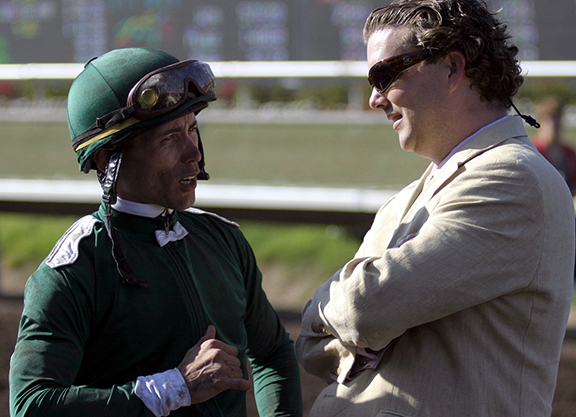 Christopher Beau Greely, a fourth-generation trainer with deep Kentucky ties, passed away Sept. 30 in Redondo Beach, Calif., after a short illness. He was 49.

A Kentucky native, Greely, who went by his middle name, had long-time roots in the horse business. With his brother, John J. Greely IV, who passed away earlier this year at 54, Greely founded Wintergreen Stallion Station. His father, John “Bud” Greely III, owned Wintergreen Farm near Midway, Ky. Their uncle, Bill Greely, was president of Keeneland from 1986-2000.

In recent years, Greely, who left training completely in 2015, was an underwater and art photographer.

Greely is survived by his father, the aforementioned Bud, and his mother, Ann Evans Greely; as well as three children, Christopher Beau Greely II, Jacqueline Greely, and Margaux Greely; his sisters Shannon Totty and Laura Whitworth; the mother of his children, Heidi Marsh; a special friend, Tracy Stephenson; and numerous aunts, uncles, and cousins.

Due to ongoing COVID-19 protocols, the burial at Calvary Cemetery in Lexington will be private. In lieu of flowers, the family requests that contributions be made to the Lexington location of God's Food Pantry at 1685 Jaggie Fox Way.

This story was posted in Top News and tagged Beau Greely, obituary.