Home » Archive » Europe » Bateel Up Against It on Comeback

Bateel Up Against It on Comeback 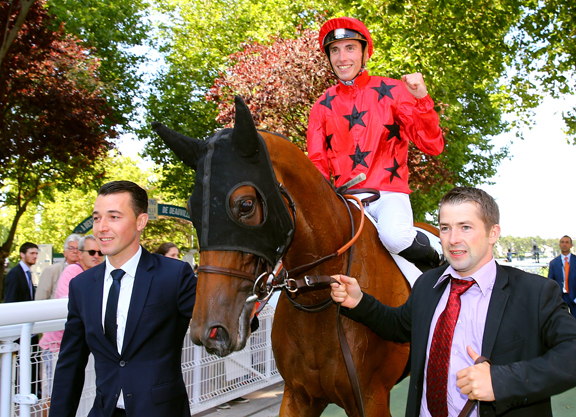 Saint-Cloud's Monday card has the G2 Prix Corrida as its main focus, with the returning Bateel (Ire) (Dubawi {Ire}) burdened with a seven-pound penalty for her success in the G1 Prix Vermeille at Chantilly in September. Subsequently second in the G1 QIPCO British Champions Fillies & Mares S. at Ascot, Al Asayl Bloodstock's 6-year-old may be caught out over a trip shy of her best on ground possibly too lively.

Godolphin's Kitesurf (GB) (Dubawi {Ire}) had Listen In (Ire) (Sea the Stars {Ire}) two lengths back in second in the G3 Prix Allez France over 10 furlongs at ParisLongchamp Apr. 29 and race-fitness could prove crucial here. “Kitesurf came out of her win in the Prix Allez France very well and this race is the logical next step for her,” the operation's Lisa-Jane Graffard said. “We were delighted with her performance last time out, because she was coming back from a lay-off and carrying a penalty. She has done well from three to four and we hope that she has a big season ahead of her.”