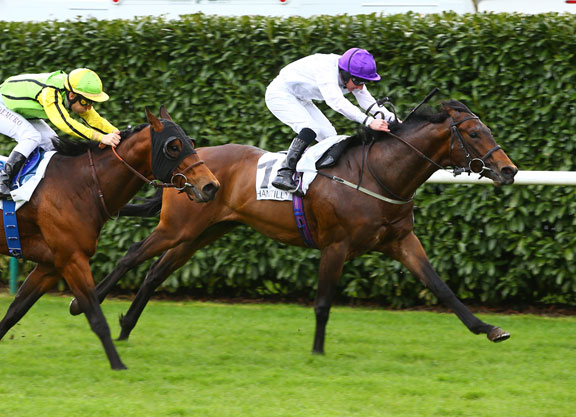 Ballyhane Stud, home to five stallions, has released its fees for 2021, with newcomer Sands Of Mali (Fr) set to stand at €6,500.

Established sires Dandy Man (Ire) and Elzaam (Aus) were both represented by Group 1 winners this year, and Dandy Man's fee will remain at €15,000, while Elzaam's has been set at €5,000.

Ballyhane Sud owner Joe Foley said of his stalwart Dandy Man, “Our flagship stallion has had another stellar season with another Grade 1-winning colt in River Boyne (Ire) and four stakes-winning 2-year-olds including the explosive Royal Ascot winner Dandall (Ire).

“His stock continue to be highly sought after in the sales ring and, with the quality of his next crops continuing to rise, his future looks very secure.”

He continued, “Elzaam's breakthrough Group 1 success with Champers Elysees in the Matron Stakes at Irish Champions Weekend was his highlight. His colts continue to be in high demand in the Far East with many more being sold to Hong Kong this year following the path of Playa Del Puente (Ire), who was so close to winning the Hong Kong Derby last spring.”

“He was also an unlucky fast-finishing second in the Commonwealth Cup at Royal Ascot,” said Foley. “A blistering success in the Gimcrack at two and the Sandy Lane at three were also impressive Group 2 wins for the good-looking son of Panis out of a highly successful mare.”

There have been fee reductions for Ballyhane's two emerging sires Prince Of Lir (Ire) and Soldier's Call (GB). The former got his stud career off to a great start when represented by G2 Norfolk S. winner The Lir Jet (Ire) and his fee for 2021 will be €3,500. Meanwhile Soldier's Call has been trimmed to €7,500.

Foley said, “Soldier's Call got a warm reception at stud last season with a large book of mares chock-full of quality. The son of Showcasing has let down into a wonderful specimen and his first foals are eagerly awaited. Given his first-season support, he'd look to have a massive chance of starting strongly with his first crop of 2-year-olds in 2023.”