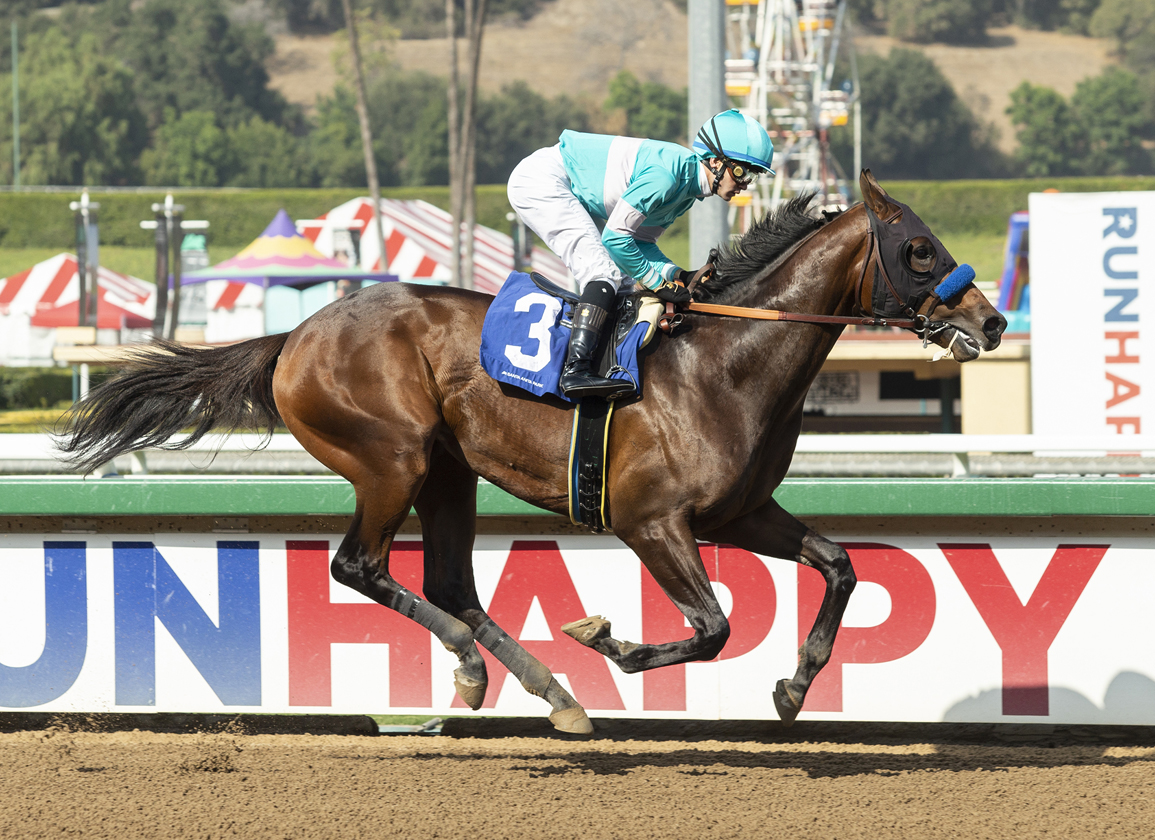 The aforementioned Forbidden Kingdom returns to the main track after checking in third as the favorite in Santa Anita's Speakeasy S., a prep for the GII Breeders' Cup Juvenile Turf. Rock N Bye (Stay Thirsty) ventures for the first time out of Cal-bred company, where he annexed the local Graduation S. in August before two more stakes placings.