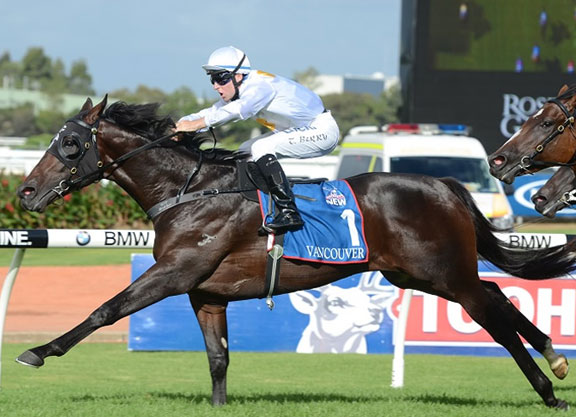 If you think that Australian racing's ownership ranks are dominated by a small domestic clique drawn from the squattocracy and the upper tiers of the professional classes in the cities, then you're only a few decades out of date. However, you might as well be a millennium behind, such has been the change in the sport's demographic in recent years. Nowadays, Australian racing and breeding attracts a stunning range of the game's biggest international investors alongside a domestic ownership base which makes it the envy of the bloodstock world.

The recent Magic Millions Yearling Sale at the Gold Coast summed up the situation perfectly. The line-up of overseas buyers was dazzling, including WinStar, Spendthrift, John Sikura, Katsumi Yoshida, China Horse Club, Shadwell, and Qatar Racing . Alongside these, dozens of domestic syndicators competed to unearth the future star racehorses, star stallions and star broodmares which will surely graduate from the auction. While there is a significant level of syndicate involvement in ownership around the world, in Australia its extent is unparalleled. Its popularity is based on three principal factors. Firstly, racing takes a more prominent place in society there than in probably any other country in the world. Secondly, prize money is extremely good. Thirdly, the valuations of Australian breeding stock have been boosted in recent years by burgeoning international involvement in the country.

In short, an Australian who outlays, say, $30,000 for a 10% share in a racehorse can feel that he is taking part in a mainstream and fashionable pastime, has a realistic chance of getting a significant return on his investment through prize money, and could possibly have a valuable commodity – whether stallion or broodmare – to sell at the end. Furthermore, the fact that Australian syndicators are regulated as tightly as stock exchange traders (hence the reassurance in newspaper advertisements that the syndicator is “holder of AFS license number …”) gives investors a confidence in the probity of the deal which is not always mirrored in syndicates elsewhere. For every high-profile debacle (such as the infamous purchase of Black Caviar's (Aus) (Bel Esprit {Aus}) yearling half-brother 'Jimmy' for $5 million in 2013, when the upshot was that the sales company was not paid, the horse died in mysterious circumstances and both the syndicator and the investors' money disappeared) there are more than enough cases of syndicates being run with total transparency and honesty to maintain the confidence of potential investors.

Black Caviar herself ranks as the most successful syndicated racehorse, but that is merely because she ranked in a league of her own as a racehorse, dominating the international sprinting ranks like no other. She is, though, far from the country's only high-profile syndication success story. Investors in the country's numerous syndicate-owned champions have ended up not only having the ride of their lives, but also making big profits – and have done so so noticeably that they have encouraged the continuing growth of this form of ownership. While the primary dividend to the share-holder in a good horse is the prize money, the secondary one, the horse's breeding value, has swelled enormously in recent years thanks to the international interest in Australian bloodstock. A generation ago, Robert Sangster and Sheikh Hamdan bin Rashid al Maktoum were pretty much the only major international investors making a big impact on the Australian bloodstock scene. Sangster became a major player in the early '80s, his legacy continuing to this day in Australia through his son Adam. The Maktoums followed, as did Nelson Bunker Hunt, but only Sheikh Hamdan remained a major investor throughout. Sheikh Mohammed, though, has reinforced his presence in Australia this century – most notably with the purchase of Woodlands Stud in 2008 – and this has proved crucial to Darley's emergence as a major dual-hemisphere breeding operation.

The shuttle-stallion boom has been key to the increased involvement of major North American and European studs in the Australian market. Coolmore was the first to put down antipodean roots, initially through links which Robert Sangster developed with the Lindsay Park training and breeding operation of the late, great Colin Hayes and then through its connections with Arrowfield. Vinery followed suit, and the importance of shuttling has continued to grow, to the extent that the ability to earn money in both hemispheres is now crucial to the valuation of a stallion. The G1 Golden Slipper S. has been pivotal to the commercial development of Australian racing, and last season's winner Vancouver (Aus) (Medaglia D'Oro) sums up the situation perfectly. 2008 Golden Slipper winner Sebring (Aus) (More Than Ready) proved a great advertisement for the syndication business. He was bought by Star Thoroughbreds as a yearling for A$130,000 before earning A$2,537,060 for his connections. Widden Stud then bought a controlling interest in him in a deal which reportedly valued him at A$30m, and he now commands a fee of A$66,000 (inc. GST). Vancouver, though, provides an even better illustration. Bought at the 2013 Magic Millions Yearling Sale for A$185,000 by Gai Waterhouse acting with bloodstock agent James Harron, he was raced by a syndicate comprising some established patrons of the stable. His Golden Slipper victory last March took his 2-year-old earnings to A$2,332,500 – a figure which was dwarfed by the A$40m valuation at which a controlling interest in him was sold shortly afterwards to a consortium headed by Coolmore and also including the China Horse Club.

That A$40m valuation emphasizes the importance of shuttling to the major studs' economies. It might prove hard to recoup that investment if Vancouver covers only in Australia, but there is significant potential for profit if his stud career blossoms in Europe too. Under the circumstances, it is no surprise that Vancouver is following the likes of Haradasun (Aus) (Fusaichi Pegasus), Starspangledbanner (Aus) (Choisir (Aus)) and So You Think (NZ) (High Chaparral (Ire)) to Aidan O'Brien's stable in Ireland to try to establish his reputation in Europe. In doing so, he is providing a reminder that the Australian bloodstock industry is now a very big factor in the international scene.