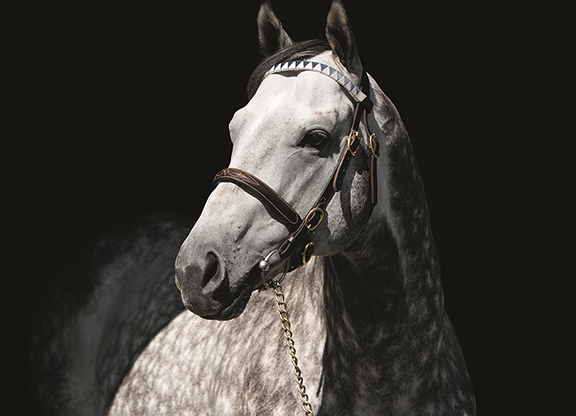 Rob Masiello's DIAMOND HANDS (Frosted) makes her career bow in this event for Christophe Clement. A $25,000 KEESEP yearling buy, the bay brought $425,000 at OBS April after breezing in :10 1/5. Out of MSW Love Cove (Not For Love), Diamond Hands is a half to SW Bibby (Stormy Atlantic). Bill Mott unveils $240,000 KEESEP purchase Shine (Jimmy Creed) for Gainesway Stable and LNJ Foxwoods. The bay is out ofo a half-sister to SW Savvy Street (Street Sense). TJCIS PPs

Live Oak Plantation went to $330,000 at the Fasig-Tipton Gulfstream Sale to acquire HEAVENLY PRAISE (Arrogate) after she worked in :10 2/5 on the dirt and she debuts on synthetic at Presque Isle. A half-sister to MSW & GSP Yulong Warrior (Street Cry {Ire}), the gray's dam is a half to GSW Summer Raven (Summer Squall), the dam of MGSW Lewis Bay (Bernardini) and GSWs Misconnect (Unbridled's Song) and Winslow Homer (Unbridled's Song). She enters this career bow off a bullet half-mile in :48 4/5 (1/7) on the Fair Hill synthetic Aug. 12. The Elkstone Group homebred Scoop There It Is (American Pharoah) also makes her first trip to the post here. Her unraced dam is a half to MSW & MGSP Coolwind (Forest Wildcat), dam of GSW Looking Cool (Candy Ride {Arg}). TJCIS PPs