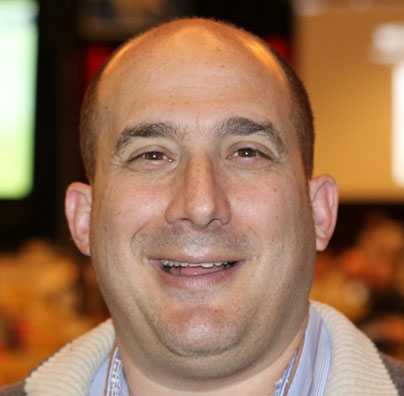 Heading into the final race of last year’s Breeders’ Cup Betting Challenge, Joe Appelbaum seemed hopelessly out of contention. In fact, Appelbaum, well known in the racing industry as co-owner of Off the Hook LLC, and as a pinhooker, advisor, owner and breeder, sat in 47th place on the leaderboard. Moving boldly, he put nearly his entire tournament bankroll, $13,000, on a straight exacta: Arrogate over California Chrome, in the GI Breeders’ Cup Classic.

It was a race for the ages, as Arrogate posted the slight upset in a thrilling finish, keying a $10 exacta that pushed Appelbaum’s bankroll to $64,000, catapulting him into first place over a bettor named Charlie Davis, who finished second at $61,505. Appelbaum took home the $300,000 first prize at the BCBC, in addition to his live-money earnings.

Appelbaum took home something else, too–a seat to this weekend’s National Handicapping Championship at Treasure Island in Las Vegas…and a chance at a historic $3-million bonus. The bonus, which would be the biggest-ever payday in tournament play, is awarded to the person who is able to sweep the BCBC and NHC. The NHC, co-sponsored by the National Thoroughbred Racing Association, begins Friday morning and continues through Sunday.

On Thursday, we spoke to Appelbaum about playing for $3 million, the idea of strategic intimidation, and who he’s picking in the Arrogate v. California Chrome rematch in the $12-million Pegasus World Cup at Gulfstream.

TDN: Most people in the industry know you as a successful owner, breeder, and juvenile pinhooker. When did you reinvent yourself as a handicapping savant?

JA: I was a handicapper well before I owned my first horse, hanging out in the backyards of Saratoga and Belmont. I got involved in the industry because I was a fan of the gambling game. As I bought and sold more horses, I tended to gamble much less–pinhooking was enough risk. In the last year or two, as I have been able to access more information, I have refocused on the pari-mutuel markets.

JA: For most of the race, I was feeling fairly apprehensive. California Chrome had everything his own way and I felt Mike Smith had to move Arrogate a bit earlier than was optimal. I was expecting at the quarter pole for Chrome to open up again as he really hadn’t been asked at that point. When he didn’t, I thought Arrogate had a chance, but there was still some work to do. It wasn’t until about 100 yards out that I knew he would get by.

TDN: What was your biggest score before the BC?

JA: Travers Day 2001, a bunch of friends from the Pounderville section of the Saratoga backyard hit a Pick 6 that paid $109,000. That was the bet that really started me down the road of owning and breeding horses.

TDN: Take us through your approach to handicapping.

JA: I am fairly speed-figure oriented, but I try to employ some of the pedigree analysis I have learned breeding and buying bloodstock. Because of this, I often search for horses that are trying new situations (e.g. first time starters, surface switches, distance changes). Of course, those sorts of bets are highly risky.

TDN: As a horseman who has looked at thousands of yearlings and 2-year-olds, what developed skills, if any, translate to handicapping?

JA: The ability to spot a horse that may not look his or her best. Typically, I’ll use that training to eliminate horses that I don’t believe look prepared and content to expend the great amount of energy necessary to be competitive. When I am on track, I love to take physical appearance into account. In the age of simulcasting I believe this is a big advantage, as the broadcast quality is not good enough to make these judgment remotely. Unfortunately in this contest, all the races are simulcast so that perceived advantage goes out the window.

TDN: Are you coming to Vegas with a strategy this weekend?

JA: I am! Do you expect me to reveal it? I have some price targets in mind that I like to shoot for that would qualify me for Sunday. It’s very basic, you have to make it to Sunday to even have a chance. To reach those targets, I try to find the right horses and situations that will pay me more than I think the horses actual chances of winning are. Its really what everyone else is doing, looking for overlays.

JA: If Arrogate can throw up another 120+ Beyer like effort, it’s all over. However, and I don’t want to appear disloyal, but I believe the circumstances of the Pegasus are more favorable to California Chrome than they were in the Breeders’ Cup. The shorter distance suits him a bit better and I believe he enjoys being outside of horses, so I view his outside draw as a slight positive despite the negative statistics associated with that post at Gulfstream. Chrome is very consistent at an extremely high level, but has rarely run as fast as Arrogate is capable. I hope we are all wowed.

TDN: Outside of some prominent racing writers and speed-figure gurus, many in the industry would have a hard time naming a single big-money bettor. Is that a problem?

JA: This is a MASSIVE issue. The ‘industry’ is totally isolated from its core customers and there is little realization or respect for those who fund the entire operation. I can’t name another industry, let alone one focused on gaming and hospitality, that knew so little about its customers. I would propose a test for all track executives; without looking it up can they name their top 10 individual customers by name?

TDN: What are you thoughts about trash talking, or other forms of non-violent intimidation, on the tournament floor?

JA: In all seriousness, I have had discussion with fellow competitors about the collegial nature of most contests. It’s actually a great feature, as I have developed friendships with kindred souls from all over the country. This is a far cry from poker tournaments with their poseur tough guys adorned with sunglasses and lame trash talk.

TDN: From your experience, would you say these tournaments are A) an outstanding venue for women to meet eligible bachelors; or B) simply a very good venue for that to happen?

JA: If a woman is interested in a middle-aged curmudgeon who is going to spend most of his free time staring at a screen and muttering about his bad luck, there is no better location.