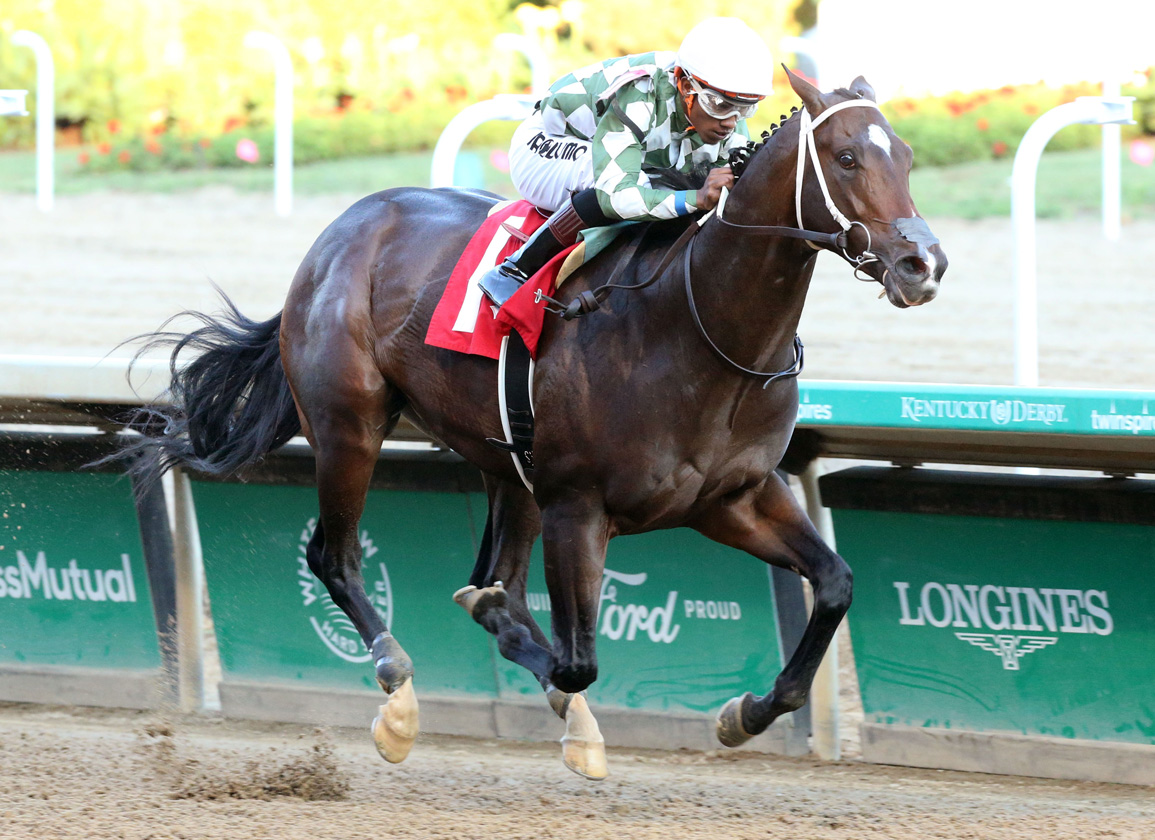 Steve Asmussen looks to take his sixth renewal of the GIII Chick Lang S.–and third straight–Saturday at Pimlico with Cogburn (Not This Time). Graduating at second asking at Churchill Downs in September, he kicked off his sophomore season on a winning note with a decisive optional claimer score at Oaklawn Mar. 25. He came up a neck short of re-opposing Whelen Springs (Street Sense) last time in that venue's Bachelor S. Apr. 30.

That Arkansas-bred rival took five tries to break his maiden, finally doing so against other locals in Hot Springs Mar. 26. He romped in the state-bred Rainbow S. there Apr. 9 and took the Bachelor just three weeks later.

Old Homestead (Overanalyze) looks to take his record to a perfect four-for-four in this event. Earning his diploma by 11 1/2 lengths at Delta Downs in January, the bay captured an allowance there next out Mar. 4. He took his show on the road and proved he could success at a top venue with a win in Keeneland's Lafayette S. Apr. 8.