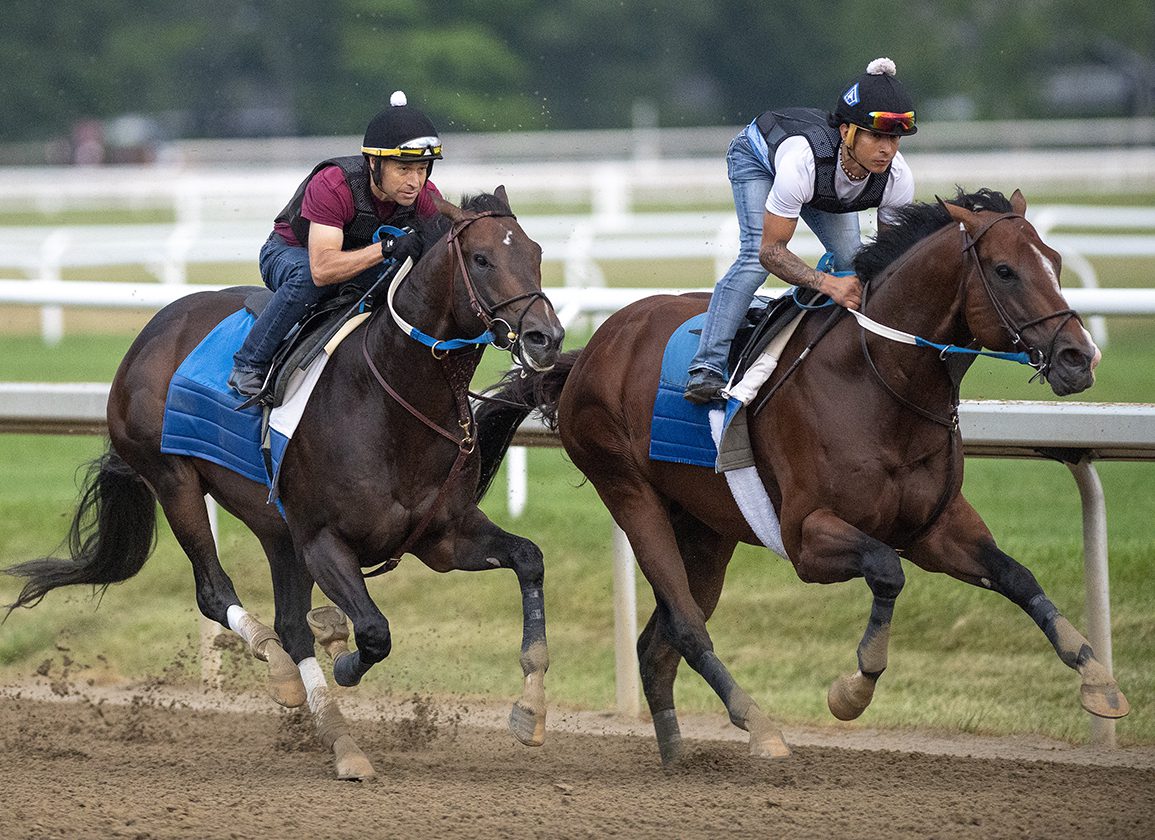 Winchell Thorougbreds' GI Kentucky Derby and GI Preakness S. runner-up Epicenter makes his first start of the second half of the season in the GII Jim Dandy S. and went five furlongs over the Oklahoma training track Monday in 1:01.13 in the company of the 3-year-old maiden Flute Master (Gun Runner) (1:03.12).

“Visually impressive is what he is,” trainer Steve Asmussen told the NYRA notes team. “He's an extremely talented horse and he's doing well. His work Monday was as good of a work as I've seen from him, and I've seen some impressive works from him. It's a good time to be doing well.”

J. Kirk and Judy Robison's Jackie's Warrior was last seen overwhelming his competition by five lengths in the June 10 GII True North S. and breezed five-eighths of a mile in 1:00.72 Sunday over the Oklahoma track. The strapping 4-year-old is scheduled to make his next appearance in the GI Alfred G. Vanderbilt S.

“It's so rare to have a champion colt be back in training and not only that, his three runs this year have been visually impressive,” Asmussen said. “He had a nice work here on Sunday and we're on target for the Vanderbilt.”

“We want more of the same from him. He's 4-for 4 here which is an unbelievable record,” Asmussen said. “His win here in the Allen Jerkens against Life Is Good was as good of a horse race as I've been involved with. It was wonderful to come out on the right side of that.”