As Time Goes By, Merneith Retired 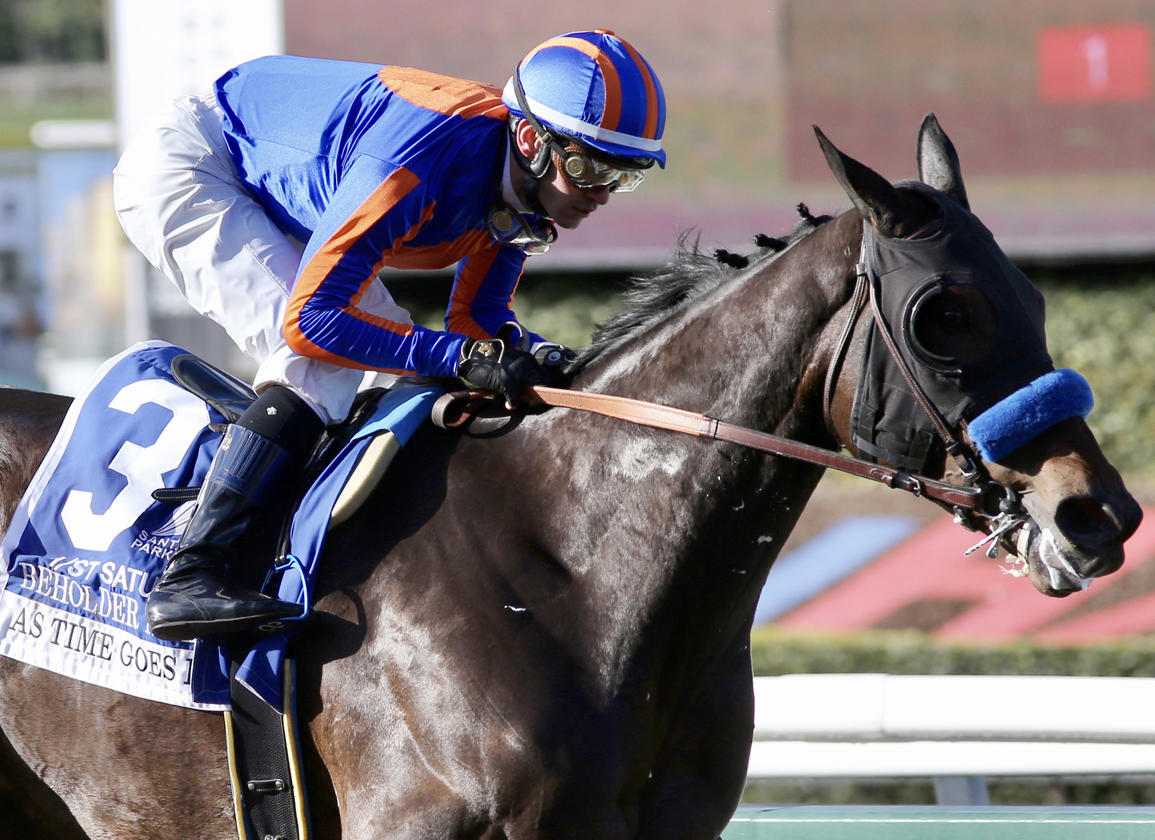 As Time Goes By | Horsephotos

Twice a Grade II winner last year as a 4-year-old, Coolmore's As Time Goes By retires on a three-race winning streak and picked up the first Grade I victory of her career last out in the Beholder Mile S. Mar. 5 at Santa Anita. A half-sister to Grade I winners Will Take Charge (Unbridled's Song) and Take Charge Indy (A.P. Indy) out of MGISW and champion broodmare Take Charge Lady (Dehere), she retires with a record of 14-7-3-1 and earnings of $955,600 and is slated to be bred to Into Mischief.

“Mares like that, from such a powerful family, they're so valuable,” Baffert told DRF regarding As Time Goes By. “I could have kept her [to race], but after she won the Grade I, they retired her to breed her.”

Merneith, a $600,000 OBS March purchase in 2019, was a stakes winner at three and earned successes in back-to-back renewals of the GII Santa Monica S. in 2021 and earlier this year. She retires with a record of 12-5-4-2 and earnings of $493,620. Breeding plans for the HRH Prince Sultan Bin Mishal Al Saud-owned bay are yet to be determined.

Baffert also told DRF that GI La Brea S. heroine Kalypso (Brody's Cause) has been transferred out of his barn to a trainer at Oaklawn.

This story was posted in Top News and tagged American Pharoah, As Time Goes By, Bob Baffert, Into Mischief, Merneith, Santa Anita.