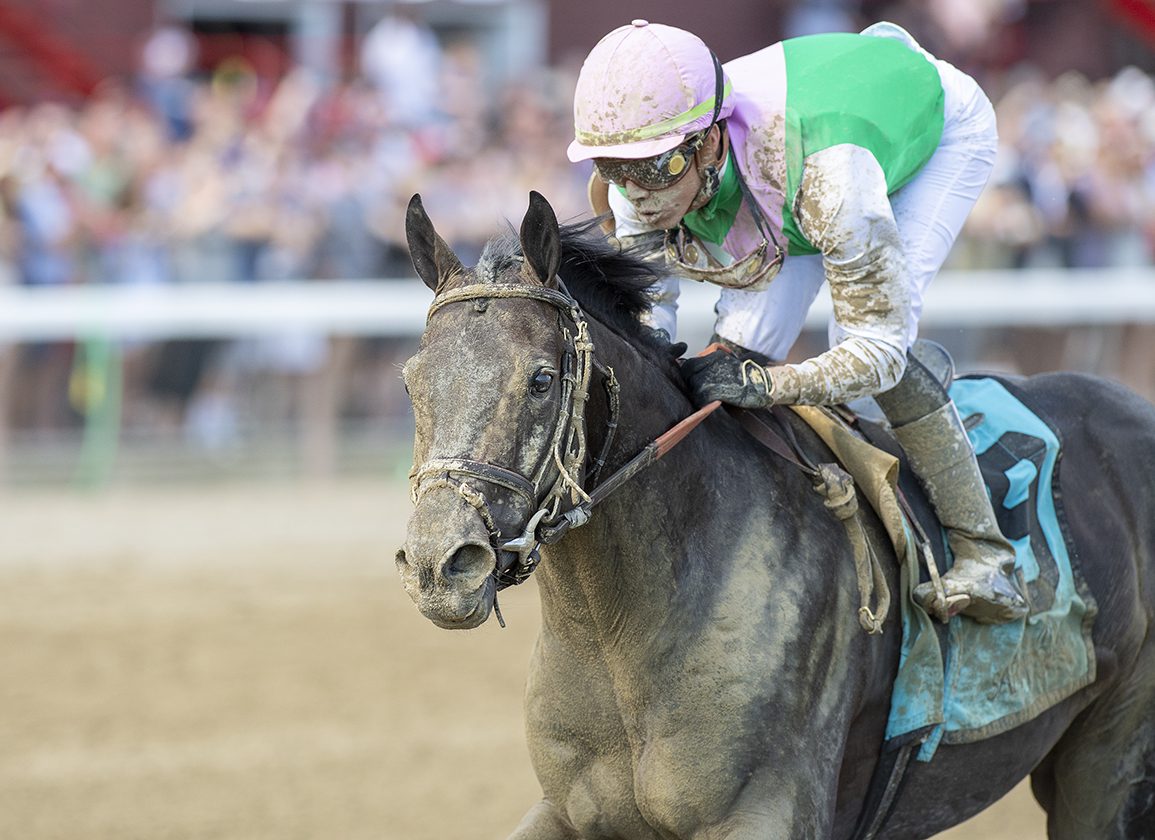 Drawn widest of all in post eight while making his two-turn debut in this 1 1/8-mile affair, the 5-2 chance tucked in to race in a perfect spot in a ground-saving fourth. Locked and loaded beneath Irad Ortiz, Jr. on far turn, he was tipped out at the quarter pole and took off impressively in the stretch to win going away by 4 3/4 lengths. Gilded Age (Medaglia d'Oro) was second; favored GI Preakness S. third-place finisher Creative Minister (Creative Cause) was third.

Artorius was featured in Steve Sherack's 'Second Chances' series after rallying smartly from far back to finish a debut second at Keeneland Apr. 16.

Paulassilverlining, a half-sister to two-time GI Carter H. winner Dads Caps (Discreet Cat), is also responsible for the 2-year-old filly Parameter (Into Mischief), currently in training with Chad Brown at Saratoga, and a Tapit filly of this year.