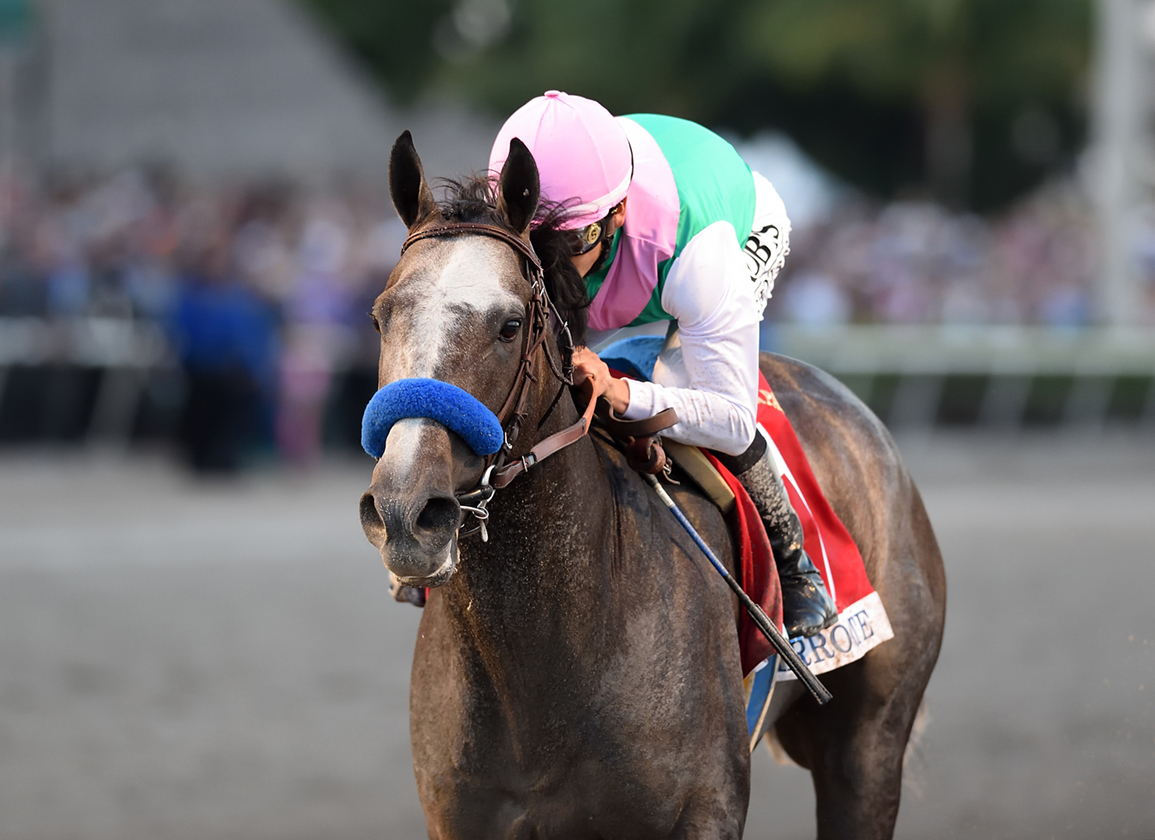 Arrogate's first book of 143 mares, a who's who of some of the top breeding stock in the country, reflected the jaw-dropping career of North America's richest racehorse. Dual Eclipse Champion Songbird (Medaglia d'Oro) was one of several champions sent to Arrogate during his first year at stud.

“Arrogate's first book was incredibly special,” said Juddmonte's Stallions Nominations Manager Leif Aaron. “Half of the book was graded stakes winners or graded stakes producers, and a quarter of it was Grade I winners or Grade I producers. Breeders brought their very best mares to Arrogate.”

That first book has now transformed into a formidable group of yearlings. No one could have predicted the circumstances in which Arrogate's first offspring would enter the sales ring. Soon after they turned yearlings, a worldwide pandemic ensued, accompanied by an uncertain market. Then months later, the tragic death of their sire rocked the racing world.

“His death was an incredible loss for the breed,” lamented Tom Hinkle.

Hinkle Farms will have one member of each crop from Arrogate, with a yearling and weanling currently on the farm and a mare in foal to Arrogate.

“Of the two that we have, I couldn't be more pleased. They're very similar- strong, a lot of leg and a lot of bone,” Hinkle said.

The yearling, a colt out of the Storm Cat mare Crosswinds, is slated as Hip 116 in the Keeneland September Sale. The youngster is a half-brother to two graded stakes winners including GIW Weep No More (Mineshaft).

“He's a really handsome colt,” Hinkle said. “He's big and strong, and is very correct. From day one, he's been a pleasure to be around. He was always very competitive in the paddock and is willing to do whatever we ask of him.”

An additional 54 Arrogate yearlings are set for the Keeneland sale, and 12 more are cataloged for the Fasig-Tipton Selected Yearlings Showcase.

“Arrogate is going to be well-represented,” Aaron said of the two upcoming sales.  “This would be a great opportunity for buyers to go out and get what could possibly be a piece of history. At the end of the day, we're only going to have three crops from him and who knows what he'll be. He could be anything. I mean, he was one of the greatest racehorses of all time.” 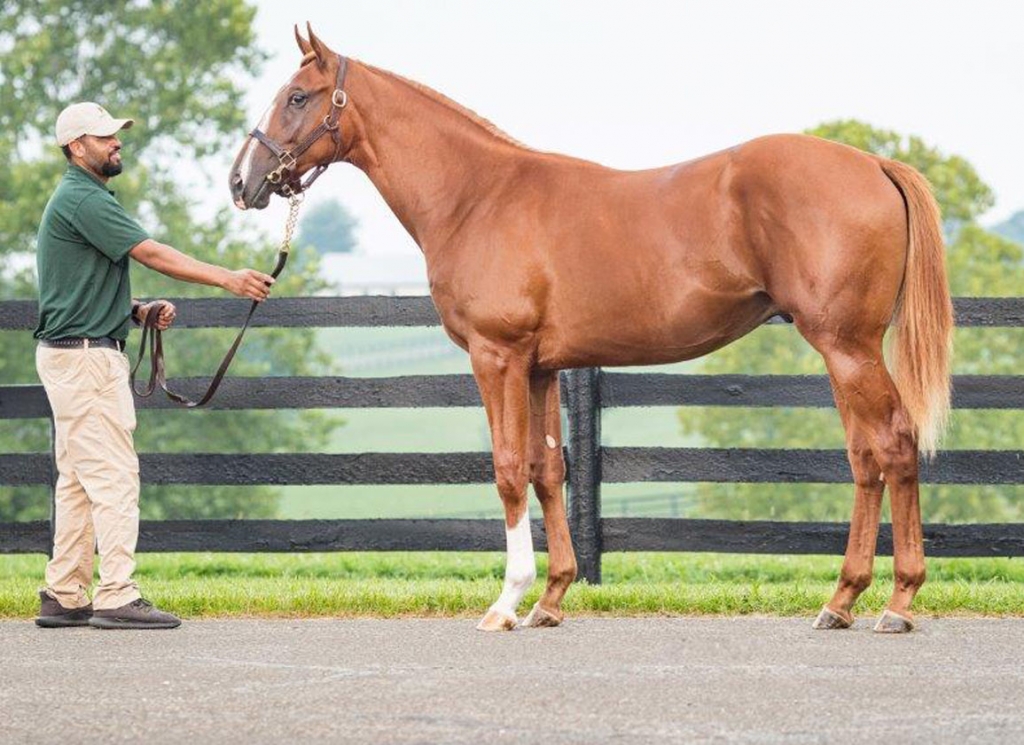 Aaron said he believes that the trends in Arrogate's yearlings are representative of the physicals that buyers are looking for.

“We're excited because right now, the two things everybody wants is scope and substance,” said Aaron. “With the Arrogates, we're really seeing that. To me, it's a good mixture of the scope and prettiness of Unbridled's Song, but the substance that Distorted Humor throws in.”

The Juddmonte connections took notice of Arrogate's physical at the Keeneland September Sale, where they purchased him as a yearling for $560,000.

“He was a very balanced horse,” Aaron noted. “He had a ton of bone as a yearling, which is something he's really putting into his offspring, but he still had that stretch that Unbridled's Song gives you– the two-turn, Classic-looking horse that covers a lot of ground. And then the Baffert secret ingredient was the speed and the ability to carry that speed over two turns.”

That ability was taken to the big stage on August 27, 2016, when Arrogate stormed to victory in the GI Travers in a 13-and-a-half-length, record-breaking performance.

“Arrogate's Travers was absolutely a special day,” Aaron recalled. “When he came in that race and blew away the field and set a track record doing it, I think it was pretty obvious to everybody how good he was and what kind of star he could be.”

After clinching three more Grade I wins including a Breeder's Cup Championship, Arrogate retired from racing and joined the roster at Juddmonte. That same year, Leif Aaron took on the role as Stallion Nominations Manager.

“Coming here with Arrogate was very exciting for me because my first job was at Juddmonte when I was 16, mucking stalls,” he remembered. “So to come back with Arrogate to help be a part of running his book was very special to me. I got to deal with a lot of top-class breeders and top-class mares.”

In meeting Arrogate's offspring over the past two years, Aaron said he has found a common thread in the group.

“One of the traits that Arrogate possessed and that his offspring also possess is kind of an intangible trait, but it's his personality,” he said. “They're horses that want to be on the move. Arrogate was always tough to stand up for pictures because he wanted to be doing something. He absolutely had that will to win, and I'm glad to see his offspring showing some of that same trait.”

As the Arrogate yearlings make their way to the sales in the coming days, the next chapter begins in the champion's story.