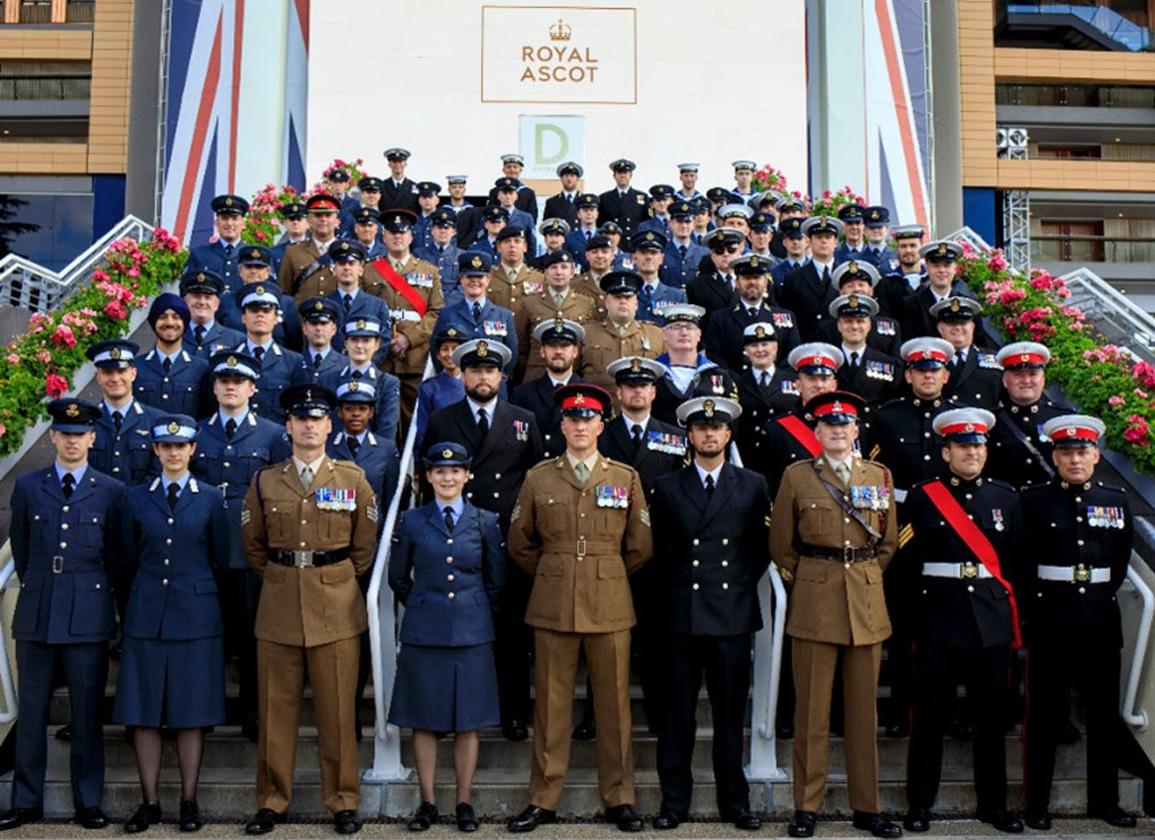 Traditionally, the charities have been supported and promoted on the penultimate day of racing at the Royal meeting, with more than £20,000 raised from bucket collections alone on the Friday. This year, they will have a presence across all five days of the meeting in an attempt to raise funds, which have been impacted by the COVID-19 pandemic.

Ascot Racecourse will work in concert with the Armed Forces charities to raise awareness of their work by promoting the personal stories of servicemen and servicewomen through digital content, on-course activations and in the Royal Ascot racecard.

As in years past, Ascot will be making its own donation of a portion of sales rom certain food and beverage in addition to 1% of sale by concessionaires during the Friday program.

Ascot Racecourse will also be making a donation from the sale of its Royal Ascot Hampers which are available to purchase from the Online Ascot Shop. £5 for each two-person hamper sold and £10 for each six-person hamper sold will be donated to the Armed Forces charities.

Nick Smith, Director of Racing and Public Affairs for Ascot, said: “Typically, racegoers really engage with the three charities on the Friday and it will be fantastic to see some of the military personnel and volunteers back on site through the week.

“Having been unable to welcome them last year due to the pandemic, we are really pleased to extend our relationship across all five days and look forward to helping them raise much needed funds and awareness of the work they do.”