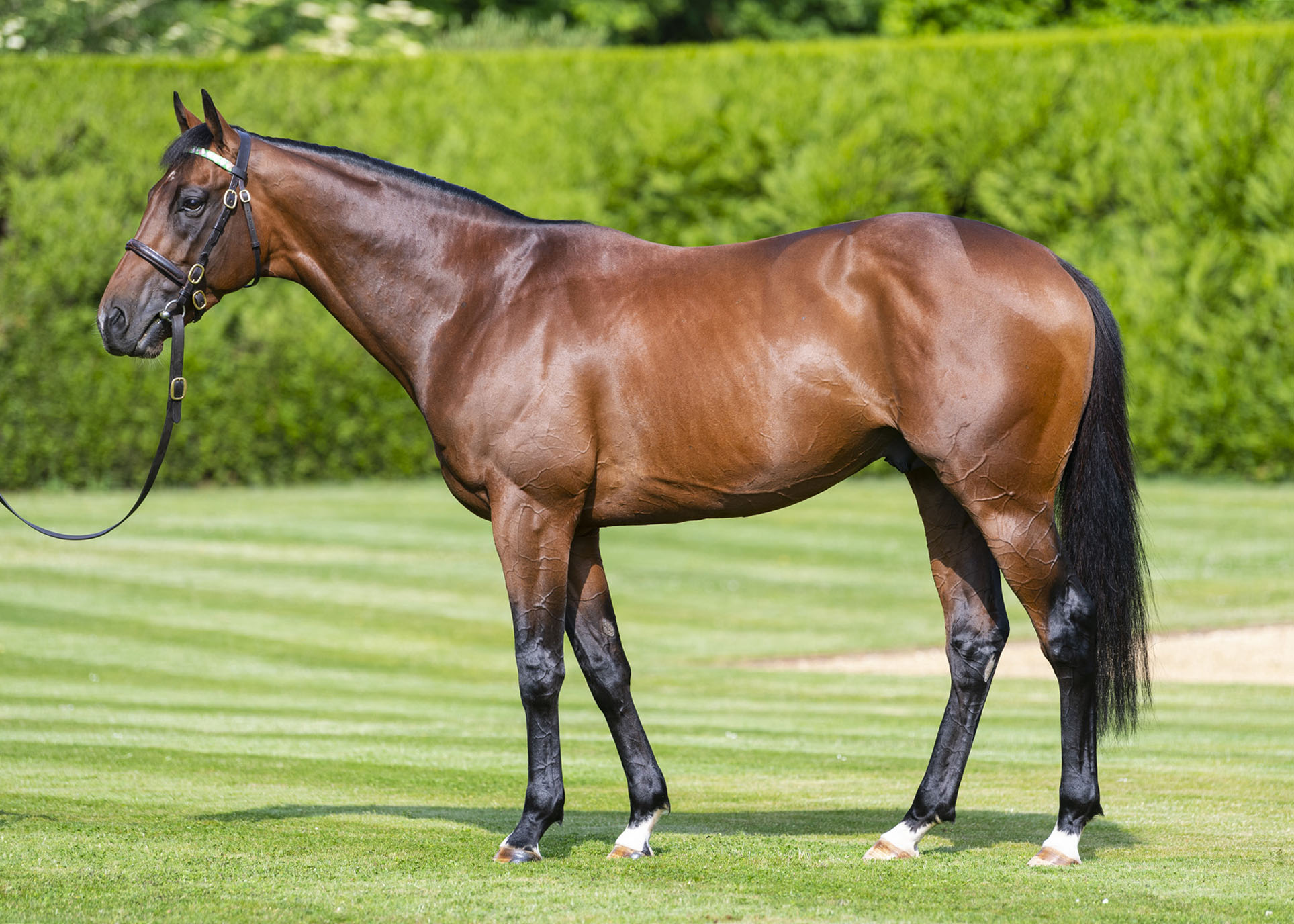 There's an old proverb that reads, 'All the flowers of the tomorrows are in the seeds of today,' which came to mind when Apricot Twist (Ire) (Expert Eye {GB}) ran out a comfortable winner of the opening six-furlong maiden at Naas on Wednesday.

In the case of Apricot Twist, who earned herself a TDN Rising Star in pulling over seven lengths clear of her rivals on debut, those seeds were set a long time ago by Rory Mathews at Barouche Stud Ireland.

Apricot Twist is named after the notoriously sweet-scented flower and Wednesday's victory at Naas for Ger Lyons and Colin Keane was sugar-coated by the fact that Barouche Stud have nurtured this family for years.

It was in 2012 when Barouche Stud purchased the grand-dam Mathool (Ire) (Alhaarth {Ire}) for 48,000gns at the December Mares Sale at Tattersalls. Her daughter Erysimum (Ire) (Arcano {Ire}) carried the stud's familiar navy and yellow silks with distinction, coming into full bloom when winning the Ruby S. at Killarney in 2016, and her full-sister Escallonia (Ire) is also in the broodmare band at the farm.

Mathews said, “It's extra special because Apricot Twist is out of our homebred mare Erysimum. We bought her grand-dam Mathool ourselves and we got Erysimum and her full-sister Escallonia (Ire) out of her before letting her go. Hopefully this girl [Apricot Twist] will go on now to fly the flag for the family.

“When we bought Mathool, we were trying to get into that black-type, as it was a stout pedigree underneath her. So, when Erysimum got her black-type, we decided to keep her and her full-sister and to move Mathool on [to Brian Grassick Bloodstock at the Tattersalls December Sale for 45,000gns]. We've a two-pronged attack with the family.”

He added, “We went to Acclamation (GB) the first year with Erysimum but unfortunately she didn't take, so that's why we went to Camelot (GB). But we stayed with it and obviously went to Expert Eye, who is a son of Acclamation.

“He was a very good 2-year-old and Sir Michael Stoute was always complimentary of him. He went on and won the Jersey S. at Royal Ascot at three and was obviously successful at the Breeders' Cup as well.

“For us, we have horses on either side of the pond, which is why a stallion like Expert Eye made loads of appeal to us. The speed that he has, and also the stamina to be able to get to a mile, that was important.”

Juddmonte don't buy a lot of yearlings every year but Apricot Twist, a daughter of their own stallion Expert Eye, was knocked down to the stud for 140,000gns at Book 1 at Tattersalls in October.

@barouchestudire homebred APRICOT TWIST now a TDN Rising Star strutting her stuff @Tattersalls1766 last year before selling to @JuddmonteFarms and trained by Ger Lyons and ridden by @ctkjockey Congratulations to all on her Impressive win @bloodstocknews @rpbloodstock @theTDN pic.twitter.com/lUz9FEMP85

Mathews said, “I put a video up on Twitter this [Thursday] morning of her at the sales last year and she really was a nice filly. She was athletic and strong so, for Juddmonte to come back and buy her, it means that hopefully we are doing the right thing.

“Her dam was a tough cookie and I was actually talking to Willie [McCreery, Erysimum's trainer] at the races last night. I remember him coming to me and telling me that he had to train her on her own, that he couldn't have other horses around her.

“She was quirky but she'd so much ability. She was tough and hardy and, looking at the race last night, she passed a lot of it on to Apricot Twist.”

Mathews added, “What I liked most about the performance was what she did going past the post–she was going further and further clear. She took a little bit of a wobble three furlongs down at the elbow but, as soon as she got herself balanced up, she galloped on well for Colin.

“Talking to Ger last night, he told me that he'd only been hard on her for the past six weeks so it's exciting times. It will be down to Juddmonte what they do next. She has a Ballyhane entry and I know they won it last year with Sacred Bridge (GB) (Bated Breath {GB}) so that could be a possibility.”

Mathews admits that the type of horse Barouche Stud strives to produce has changed dramatically in recent times, driven by the commercial market, and that they have adapted to what buyers want.

On future plans for the family, and commenting on the modus operandi of the stud, Mathews said, “Erysimum has a Blue Point (Ire) filly going to Book 1 at Newmarket and she was covered by Mehmas (Ire). Escallonia has a 2-year-old filly by Gleneagles (Ire) and a lovely Profitable (Ire) yearling colt who is going to Goffs this year. She's in foal to Inns Of Court (Ire) and has a Belardo (Ire) filly at foot.

“In America, we still have a daughter of Tap Your Heels (Unbridled) called Brusquer (Elusive Quality) and she has a very good 2-year-old colt in training with Wesley Ward called Go On Mo (Uncle Mo). He hasn't run yet but will start off at Saratoga.

“We've had a change of plan to try to buy these younger mares with the good pedigrees and, when they get to a certain age, we start moving them on because you can't keep hanging on in this day and age.”

He added, “It's different now to when we started off 30 years ago when you were dreaming of the Derby and the Oaks. Now, things are being driven by the commercial market and the horse we are trying to produce on the farm is completely different.

“You need a 2-year-old who is going to get a mile as well and that's the kind of physicality you need to be showing at the yearling sales. Obviously this lady had that.”

Barouche Stud are reaping everything that they have sown.