Another Rising Star for Into Mischief at Aqueduct 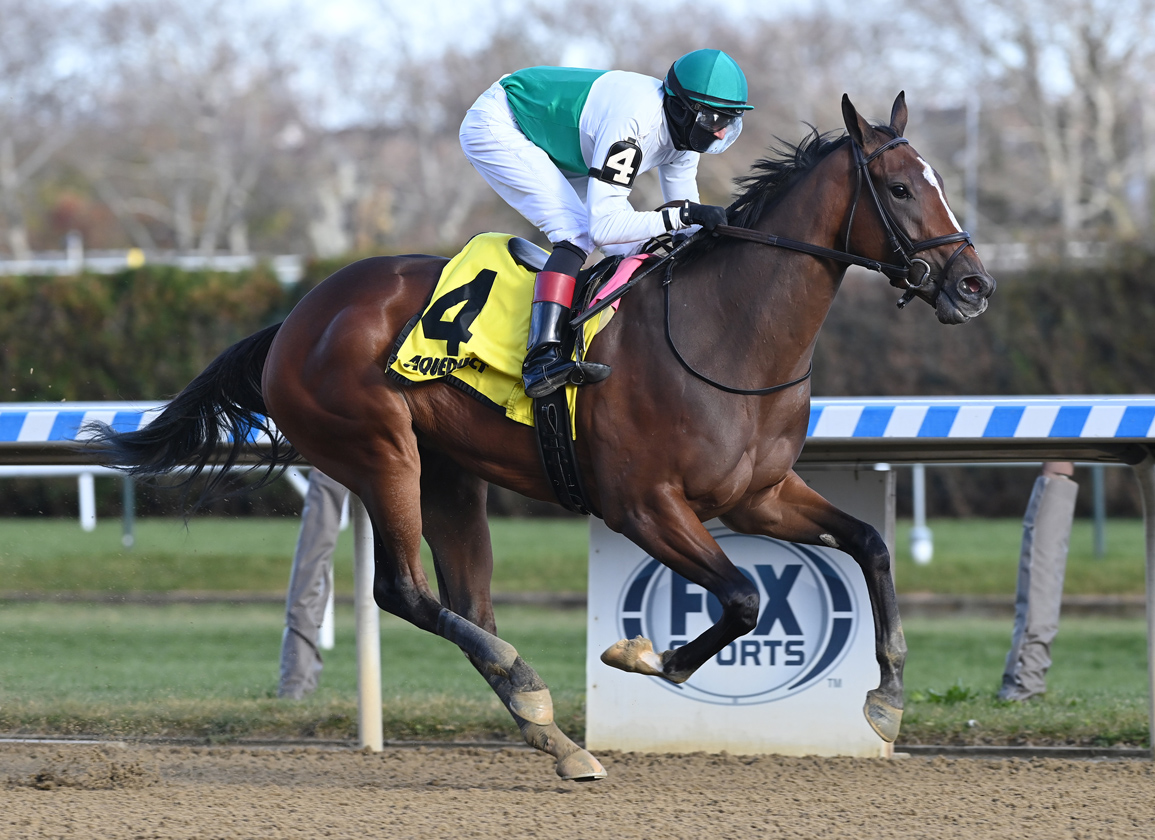 Send for Me | Coglianese Photo

Augustin Stable's Send for Me (Into Mischief) led home a $1.5-million-plus exacta for her sire as she became the Spendthrift super stallion's 28th 'TDN Rising Star' when drubbing a fancy group of fillies at Aqueduct Saturday. Acquired for $500,000 at OBS April off a :10 flat breeze, the Jonathan Thomas pupil was let go at 6-1 and made that price look like a bargain.

Emerging with the early advantage, the bay doled out splits of :22.99 and :47.42, quickly shut the door on her competition at the head of the lane and poured it on from there to score by a wrapped-up seven lengths, stopping the clock in 1:19.29. Adam's Angel (Into Mischief), a $1,025,000 KEESEP yearling also making her first start, was second. The winner had originally sold for $250,000 at the September sale. Favor (Pioneerof the Nile), a $500,000 FTKSEL buy herself, checked in fourth as the 3-2 favorite for Thomas's former boss Todd Pletcher.

This story was posted in Top News and tagged Aqueduct, Augustin Stable, Into Mischief, Jonathan Thomas, Send for Me, TDN Rising Star.